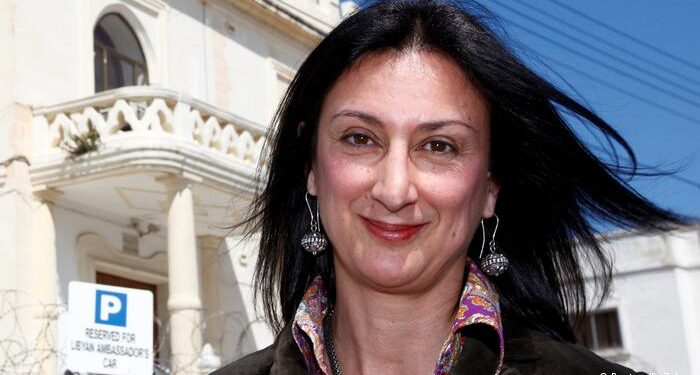 Belgium (Brussels Morning Newspaper) One of the two brothers currently suspected of killing Maltese investigative journalist Daphne Caruana Galizia with a car bomb has admitted to performing the hit, saying that his brother and he are willing to cooperate with the prosecution and implicate a number of top political figures in the country in several serious crimes, including a previous assassination attempt on Caruana Galizia.

Caruana Galizia was assassinated by a car bomb near her residence in October 2017, after publishing allegations linking then-Prime Minister Joseph Muscat to the Panama Papers scandal, an international investigative effort revealing the extensive use of tax havens by the world’s elites. Her death shook the tiny island nation, leading to Muscat’s resignation.

Three men were initially arrested for her murder – brothers George and Alfred Degiorgio, who are still awaiting trial, and an associate, Vince Muscat, who cooperated with the authorities in return for a reduced 15-year jail sentence.

Muscat’s testimony implicated Degiorgios as the hitmen who performed the assassination, and he also helped the police with resolving a number of unrelated crimes. An alleged middleman, taxi driver Melvin Theuma, escaped prosecution entirely after testifying that he helped organize the hit on behalf of one of the country’s richest businessmen, Yorgen Fenech.

Fenech, who is also currently awaiting trial, claims to be innocent and his attorney believes they will prove in court that Fenech “at no point wanted, actively searched for or sponsored” the assassination of Caruana Galizia.

In a prison interview given to Reuters, George Degiorgio admitted to killing Caruana Galizia for the first time, announcing that both brothers will be pleading guilty in the upcoming trial, having exhausted all legal attempts to challenge the murder charges.

Degiorgio indicated that he would be willing to provide testimony to implicate others in the murder, as well as in a previous – uneralised – plan to kill the investigative journalist, which supposedly involved one of the island’s top politicians. Degiorgio also said he would testify about two former ministers who allegedly participated in an armed robbery. The two brothers claim they are now seeking a sentence “in line with that already handed down to Vincent Muscat,” with George Degiorgio saying “we’re not going down alone”.

Speaking about the successful assassination plot, Degiorgio said he was sorry, and that he didn’t know anything about Caruana Galizia’s work before accepting the task of killing her – admitting he would ask for a bigger payment in euros if he was better informed of the target. “If I knew, I would have gone for 10 million. Not 150,000,” he said. “For me it was just business. Yeah. Business as usual!” he said.

Both Degiorgio brothers initially denied culpability when arrested, with George even going as far to refuse to give his name during police interrogation. He remained silent until the Reuters interview, although both brothers were trying out a range of legal strategies to negate or diminish their likely future sentence, from challenging the legality of their indictment to offering deals to prosecution.

An independent public inquiry concluded last year that Malta itself “has to bear responsibility” for the death of Caruana Galizia. The report blamed the government at the time for enabling the crime by “generating an atmosphere of impunity” at the highest level, starting with the office of former PM Muscat.

The investigative panel, consisting of one serving judge and two retired judges, also asserted that this culture of impunity spread to other state authorities, regulators and the police, concluding that it led to “a collapse of the rule of law”. Following the report, incumbent Prime Minister Robert Abela declared that “lessons must be learned” and called for greater resolve in implementing reforms.