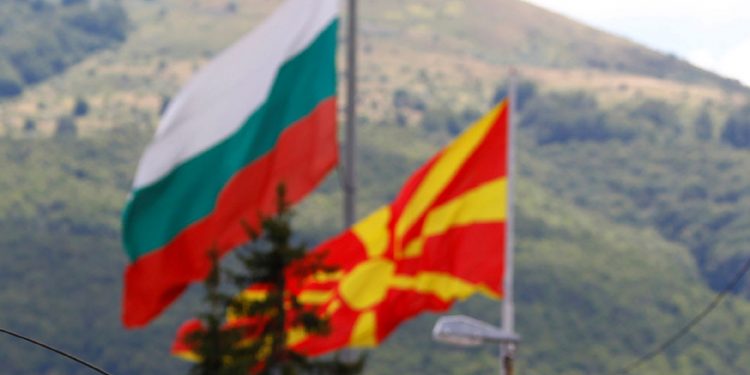 Speaking at the recent NATO summit in Madrid, French President Emmanuel Macron announced a compromise between North Macedonia and Bulgaria but did not present any details, according to AP reporting.

Bulgaria’s dispute with North Macedonia has been blocking the latter’s EU accession bid.

Several hundred protesters gathered in Skopje on Tuesday to voice their opposition to the French proposal, with the protest ending largely peacefully. Some protesters threw rocks at police after the protest and were dispersed.

President of North Macedonia Stevo Pendarovski and the North Macedonian government supported the French proposal according to which the country is to amend its constitution to acknowledge a Bulgarian minority, among others.

The proposal also calls for regular reviews of the bilateral dispute which could continue to prevent North Macedonia from acceding to the EU.

However, the opposition and some international law experts warn that the proposal favors Bulgaria, which disputes North Macedonia’s language, identity, regional history, and heritage.

Speaking at a joint press conference with North Macedonian Prime Minister Dimitar Kovačevski, Michel expressed the belief that the French proposal is an opportunity too important to miss.

He stressed that accepting the proposal would open doors to the launch of North Macedonia’s accession talks within days. Kovačevski noted that he supports the proposal, which he described as balanced, and stressed that “our aim is to start [EU] membership talks.”

Bulgaria has formally accepted the proposal, which still needs the approval of North Macedonia’s parliament.

Bulgaria wants North Macedonia to recognize the Bulgarian roots in its language, crack down on “hate speech” against Bulgaria and acknowledge an ethnic Bulgarian minority.

North Macedonia has been in the EU waiting room for 17 years and received approval for the start of accession talks in 2020, but starting date has not been set.

Before addressing Bulgaria’s objections, North Macedonia addressed those presented by Greece and changed its name from Macedonia, which according to Greece implied unacceptable claims on its history, territory, and culture.