Italy wants to from Africa task force to tackle ISIL 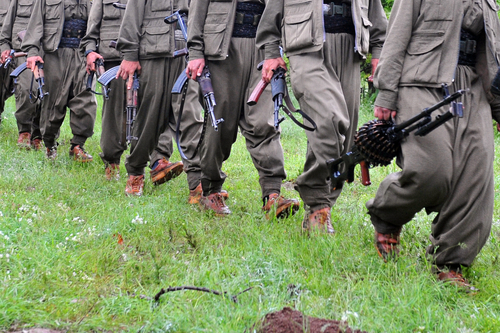 Brussels (Brussels Morning) Italy’s Minister of Foreign Affairs, Luigi Di Maio, has called for the establishment of an international task force in Africa to tackle the threat of the Islamic State of Iraq and the Levant (ISIL).

He pointed out that ISIL is expanding across Africa, citing as examples developments in Mozambique, Nigeria, the Democratic Republic of the Congo and the Sahel, Reuters reporting on Monday.

US Secretary of State Antony Blinken, who had been involved in discussions with Italian offices about plans to combat jihadists, endorsed the Italian initiative.

“With the support of the USA and many other partners, I proposed the establishment of an Africa task force to identify and stop IS-related terrorist threats on the continent”, Di Maio noted after their meeting.

He noted that African countries that had not joined the anti-IS coalition had been invited to Monday’s meeting. A statement issued by the coalition welcomed new members the Congo, Mauritania, Yemen and the Central African Republic into the group of more than 80 countries and organisations.

While Di Maio did not provide details about the plan, the proposed task force would likely build on the work of French forces in the Sahel since 2013. Earlier this month, President Emmanuel Macron announced that France had terminated its operation, adding that French troops are now operating as part of international efforts in the Sahel.

The Italian foreign minister indicated that details of the plan would be ironed out by the end of the month in consultations with the US, European countries active in the area and five Sahel countries – Burkina Faso, Chad, Mali, Mauritania and Niger.

Blinken said it was important to focus the fight against ISIL on Africa “while keeping our eye closely on Syria and Iraq”, where jihadists had lost much of their territories.

Commenting on the approximately 10,000 ISIL fighters held in detention camps in Syria, Blinken declared that Washington “continues to urge countries of origin, including coalition partners, to repatriate, rehabilitate, and where applicable, prosecute their citizens”.