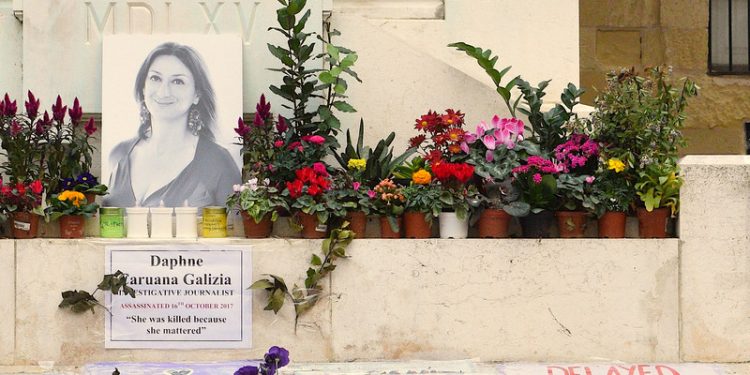 Brussels (Brussels Morning) A public inquiry into the murder of Maltese investigative journalist Daphne Caruana Galizia concluded that the state “has to bear responsibility” for her death.

According to the report, while the state did not play an active role in the assassination itself, it had enabled the crime by “generating an atmosphere of impunity” at the highest levels of government, starting with the office of former Prime Minister Joseph Muscat.

The inquiry asserted that the culture of impunity spread “like an octopus” to other state authorities, regulators and to the police, “leading to a collapse of the rule of law”. The state failed to recognise the danger posed to the late journalist’s life, not having taken due account of the number of credible threats she had been receiving, and had failed to take measures to mitigate the risk.

Caruana Galizia was assassinated by a car bomb near her residence in October 2017, after publishing allegations linking PM Muscat to the Panama Papers scandal, an international investigative effort revealing the extensive use of tax havens by the world’s elites.

Three men have been arrested for her murder. One pleaded guilty and received a 15-year jail sentence. An influential Maltese businessman, Yorgen Fenech, was also arrested and charged with complicity. Fenech and the two remaining murder suspects still await trial.

Confronted by Caruana Galizia’s family’s calls for a public inquiry, Muscat gave the go-ahead for a panel of one serving judge and two retired judges to probe into the state’s responsibility for her death. Months later, shortly after Fenech was arrested while attempting to flee Malta, Muscat resigned. Media later revealed close links between Fenech, government officials and police officers.
Incumbent Prime Minister Robert Abela, commenting on the inquiry’s results, called for a “mature and objective analysis”, declaring that lessons must be learned and reforms should proceed with greater resolve.