Queen Elisabeth Competition puts the cello in the spotlight again 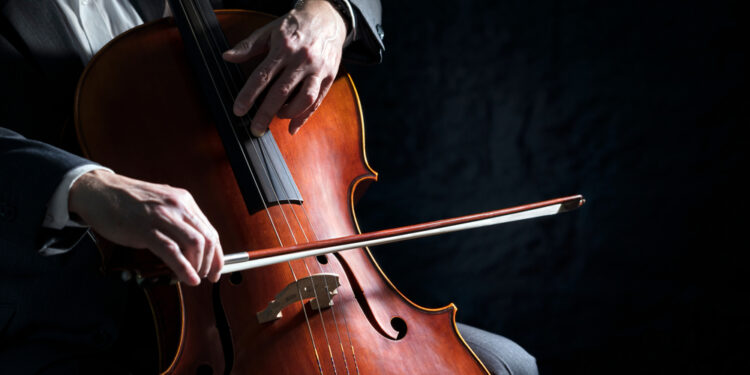 Christoph Croisé, a cellist of French, German and Swiss nationality, will kick off this afternoon at 3 pm in the Brussels culture house Flagey. A total of 152 cellists entered the Elisabeth Competition. Of the eighteen women and 48 men, with a total of 25 different nationalities, the Americans with twelve participants (eleven Americans and one Canadian American) and the Koreans with ten participants are in the majority. Three Russian candidates and one Ukrainian candidate are also taking part in the competition.

Although the organisation of the competition strongly condemns Russia’s aggression against Ukraine, all artists, regardless of nationality, are welcome. The organisation believes that “art should continue to bring humanity together around universal values ​​such as peace, justice and freedom” and assumes that participants agree with that principle. Furthermore, the organisation expressed its solidarity with the Ukrainian people and expressed its gratitude for the Russian artists who are committed to peace.

In the first round, each cellist will play a recital of approximately 25 minutes. Each candidate will perform a sonata by Luigi Boccherini, the first movement of “Sonata for cello solo” by Eugène Ysaÿe and a modern work of your choice from Paul Hindemith’s “Phantasiestücke”, André Jolivet’s “Nocturne” or the first two movements by Leoš Janácèks ” Pohadka”. After the first round, the names of the 24 semi-finalists will be announced around midnight on Saturday, May 14.

Two new works were composed for the cello competition. “Wie aus der ferne”, a work for cello and piano by Daan Janssens, will have its world premiere on Monday 16 May: that week the work will be performed by the 24 semi-finalists. From Monday 30 May, the finalists will perform, among other things, an unpublished work by Jörg Widmann for cello and orchestra. The twelve finalists will be given a week to study the work in the Queen Elisabeth Music Chapel in Waterloo.

All performances of the first round will be livestreamed on the website of the Queen Elisabeth Competition and Auvio, the streaming platform of RTBF. From the semi-final, the competition in Flanders can also be followed directly via Canvas, the Ketnet channel, Klara, VRT Nu and the Klara app and website.

On June 4, the last day of the final, we will know which cellist has won the prestigious competition. In 2017, the Frenchman Victor Julien-Laferrière was the first laureate to win the Queen Elisabeth Competition for cello.