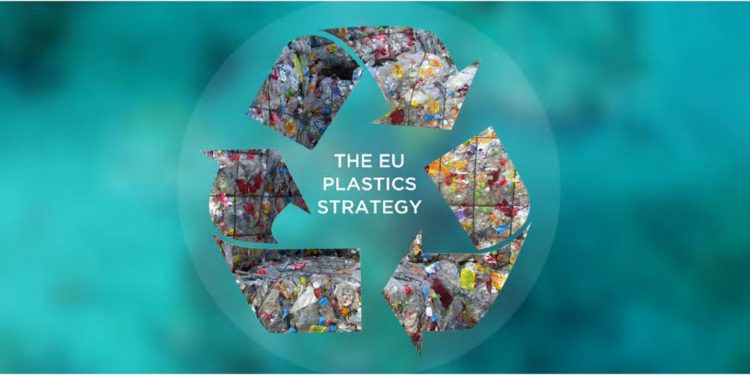 Today, the European Court of Auditors (ECA) published a review claiming “there is a significant risk that the EU will not meet its plastic packaging recycling targets for 2025 and 2030.” At stake is the EU Action to tackle plastic packaging waste under the European Green Deal (EGD). In the EU, more than 60% of plastic waste still comes from packaging, but only 40% of that packaging is recycled.

Describing the new recycling targets for plastic packaging as “a daunting challenge”, Samo Jereb, the Member of the ECA responsible for the review, pointed out how the EU must reverse the current practice “whereby we incinerate more than we recycle.” He noted pointedly that by “resuscitating single-use habits amid sanitary concerns, the COVID pandemic shows that plastics will continue to be a mainstay of our economies, but also an ever-growing environmental threat.”

The European Commission (EC) adopted its plastics strategy in 2018, updating the 1994 Packaging and Packaging Waste Directive and doubling the current recycling target to 50% by 2025 and to 55% by 2030.

However, according to the ECA, nearly a third of the Union’s reported plastic packaging recycling rate is achieved through reliance on shipments to non-EU countries for recycling. As of January 2021, under the soon to be enforced Basel Convention, most plastic waste shipments will be banned. This, combined with the lack of capacity to treat plastic waste within the EU, constitutes another risk to achieving the new targets.

On 11 March, the European Commission (EC) published its “New Circular Economy Action Plan” listing some 50 actions to combat the ever-growing plastic waste being generated by humans. One of the most positive actions is the pledge to develop new measures on making products more sustainable. To achieve this, on 15 September, the EC launched the “Sustainable products initiative” which aims at revising the Eco design directive.

The objective is to not only to design a good strategy but also how to operationalize it effectively from a financial and infrastructural perspective. Frans Timmermans, the EU Commissioner in charge of the Green Deal, will elaborate on this at the Budapest Climate Summit when he talks about how the Commission intends to deliver on its green goals.  Soon, the EU executive is expected to launch a renewed sustainable finance strategy, a crucial initiative that will outline how to underwrite the sustainable transition.

In 2018, the EC put forward “A European Strategy for plastics in the circular economy — Local and regional dimension” in line with the UN’s 2030 Sustainable Development Goals. Shortly afterwards, In December 2018, the Commission created the Circular Plastics Alliance to help plastics value chains boost the EU market for recycled plastics to 10 million tonnes by 2025.

In 2015, Jean-Claude Junker’s Commission delivered the circular economy action plan, which outlined the bloc’s first ecological objectives. These covered the cycle from production and consumption, to waste management and the market for secondary raw materials. The EU’s circular economy gained momentum with the signing of the Paris Agreement in 2016.

However, despite all the green initiatives and its green ambitions, NGOs ask for more from the EU exectutive.

The Rethink Plastic Alliance welcomed the Commission’s plans to curb plastic pollution but it showed reservations, in particular with regards as to how the Commission intends to set a policy framework for bio-based and biodegradable plastics. “These plastics, which are too often pushed as a solution, are mostly applied as single-use materials with similar environmental impacts to conventional plastics, especially in the ocean,” they warned.

The Alliance accused the Commission of confounding consumers by referring to a “direct substitution of conventional plastics with bio-based and biodegradable plastics” claiming that it will “amount to greenwashing.” The plastics network called on the EC to develop EU legislative measures to address pollution from all primary microplastics.

The EU’s watchdog Corporate Europe Observatory (CEO) has raised questions regarding the overall “official version” of the EGD. “The fingerprints of industry, and in particular the fossil fuel industry, can be seen all over the EGD,” the CEO reports in a research paper.

“In spite of all its rhetoric, the EGD does not seek to transform, but rather to accommodate, the status quo. It does not rethink the economic system that is the root cause of the climate, ecological, and financial crises. It continues to promote economic growth while seeking to manage the environmental and social impact,” the CEO analysis declared.

The EU watchdog body noted that the EGD is the number one most lobbied-on topic in Brussels, pointing out how, in the first 100 days after the Green Deal was announced on 11 December 2019, key members of the Commission in charge of the deal met with business interest representatives 151 times, roughly 11 meetings a week. “They only met 29 times with public interest representatives, which is about two meetings a week,” CEO commented.

“The fossil fuel industry wants the EGD to focus on ‘solutions’ that allow them to keep their business model, based on the extraction and production of fossil fuels, or at least to control the energy transition as much as they can, making sure they can keep profiting from it.”

However, the update of the EC’s legal framework for plastic recycling in 2018 does reflect the EU’s increased ambitions and it could help boost plastics recycling capacity. The scale of the challenge facing Member States should not be underestimated. EU auditors strongly call on concerted action to get the EU on a good track within the coming five-to-ten years.