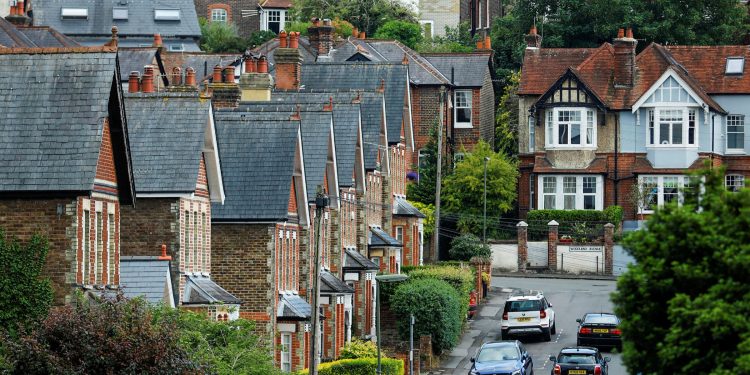 House prices experienced their highest annual rise since 2016 last month, a 1.6 percent increase on August, which itself reached an 18-year high.

September’s prices were 7.3 percent higher than the same month last year though experts warn the political uncertainty at the time in Britain could go some way to explaining 2019’s lower figures.

The Royal Institution of Chartered Surveyors (RICS) also reported its house price index experienced a sudden increase +44 last month to +61 this month, its highest since June 2002.

The index is formulated from survey data from surveyors across the country. It further showed an increase in activity this month.

Other factors contributing to the surge include the coronavirus and the national restrictions that have taken place, forcing the real estate market to pause. That has resulted in ordinarily spread out demand accumulating. There have also been cuts to property sales taxes.

The current upturn is not expected to last, however.

“We continue to believe that significant downward pressure on house prices should be expected at some point in the months ahead as the realities of an economic recession are felt ever more keenly”, said Russell Galley, managing director at British building society Halifax, speaking to Reuters.

RICS economist Simon Rubinsohn said there is concern that job losses and support will curb transaction levels with 700,000 jobs lost since the onset of the pandemic.

“There is little sense this softer sales picture will be accompanied by very much easing in the momentum around prices and rents adding to the ongoing challenge around affordability,” Rubinsohn added.

UK prime minister Boris Johnson has pledged to ease the path for first-time buyers to get a mortgage to help overcome low homeownership rates among young people.