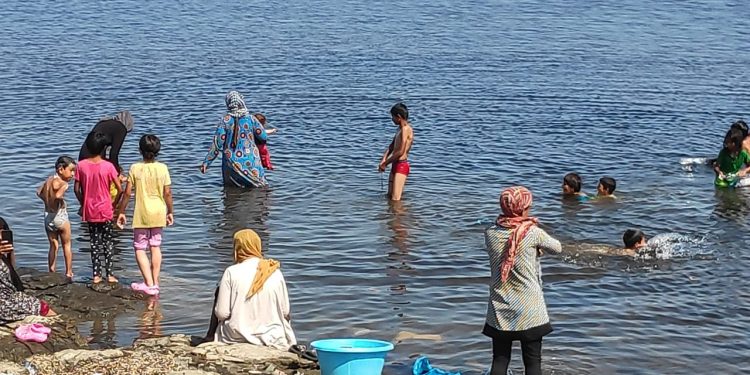 Last week, I took part in the SYRIZA delegation that visited Lesbos, mere days after the disastrous Moria fire. Inviting colleagues from other countries is, for me, a natural response, almost reflexive.

The European Parliament’s left alliance, GUE/NGL, is extending its solidarity to Greece, immediately organising an eight-member delegation to Lesvos, Greece, headed by Syriza MEP Petros Kokkalis. The delegation is currently on the island.

European public opinion is no longer shocked by what is happening on the Greek islands. People all over Europe are shamed and enraged by the EU’s inability to provide a solution. They have grown frustrated with the hypocrisy of the EU’s right-wing leadership’s and their refusal to show solidarity in substance.

What we saw and heard in the European Parliament’s Plenary Session this week, fills us with hope, that something might change.

So, we come to Moria, to Lesbos, not only to denounce the actions and omissions of the Greek Government and the EU but also to demand what refugees, migrants and locals alike deserve: actual solidarity and an equal sharing of the burden among the EU Member States.

We come so that the image of a smouldering Moria reaches every last European citizen.

We come so that a pan-European wave of solidarity washes away the far-right plans of “Fortress Europe” and “Prison Greece”.

We come, so that we may pronounce a resounding NO to all plans, apparent or concealed, to build a new Moria, next to the cinders of the old one.

The rest will be said in situ, on the ground of Lesbos, naturally after we hear from the refugees themselves, the same refugees that Mr Sxoinas, representing the EU leadership, chose to view from the safety of a helicopter.