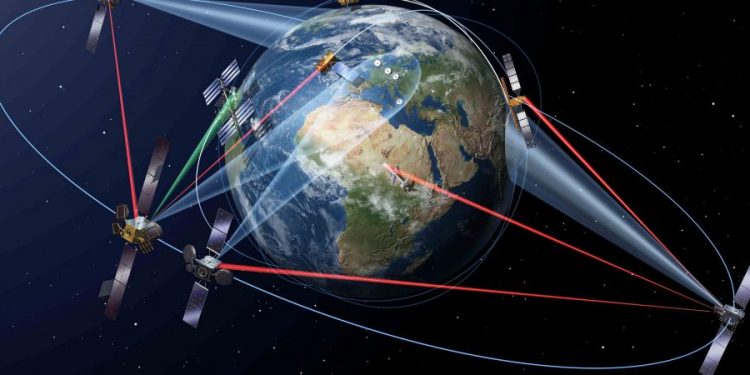 Thessaloniki (Brussels Morning) Hera, the ancient Greek goddess of marriage, family and childbirth lends her name to a European programme designed to shield us from asteroids.

Now, the European Space Agency (ESA) is collaborating with NASA, its transatlantic counterpart, to build two spacecraft designed to broaden our understanding of binary asteroid systems. The systems  belong to a class of asteroids representing 15% of those we know and think might pose a danger to Earth.

The Space Transatlantic partnership will proceed as follows: NASA’s spacecraft DART (Double Asteroid Redirection Test) will lock onto the smaller of two asteroids, affecting its trajectory.

After impact, Hera will follow-up to collect data, acquiring invaluable knowledge that enhance our ability to develop a comprehensive and repeatable planetary defence response capacity.

Through Hera, scientists also hope to test and develop cutting edge, technological features such as autonomous navigation around the asteroid, the space equivalent of the earth-bound, modern driverless car. Moreover, the data accumulated will facilitate plans for future missions.

Hera is assembled in Germany under terms of a Euros 129.4 million contract between the European Space Agency and OHB, the German satellite manufacturer. However, production also involves engineers from Italy, Belgium, Portugal, Romania, Spain, and the Czech Republic, along with ten additional ESA member states.

Hera marks ESA’s second attempt to send a planetary defence mission to an asteroid. It draws heavily from an earlier programme, the Asteroid Impact Mission, which was cancelled in 2016, having failed to secure funding.

NASA’s DART is scheduled for launch in July 2021, riding on a SpaceX Falcon 9 rocket. DART will crash into the smaller of the two asteroids, Dimorphos, in September 2022, testing a technique designed to deflect an asteroid from its collision course with Earth.

Hera is expected to reach Didymos in 2026. The pioneering Dimorphos mission that precedes it aims to be the first of its kind to shift an orbiting object’s flight path in the Solar System ever.

Ian Carnelli (IC):  Unlike earthquakes, the impact of asteroids is the only natural hazard that we can predict and prevent. Contrary to the dinosaurs, we humans made an incredibly wise decision some 60 years ago, i.e. to establish space programmes. In the last 15 years, within these programmes, we have studied how to mitigate the asteroid hazard and defined a technique to deflect them that is referred to as a “kinetic impactor”. What remains to do now is to perform a real-scale experiment, ensuring that the models developed on the ground function correctly when energy levels go beyond what can be tested and simulated at ground level.

This is the role for NASA’S DART and ESA’s Hera missions. DART will impact asteroid Dimorphos while Hera will gather all the physical and dynamic properties of the asteroids, including the detailed shape of DART’s impact crater to define the numerical impact code.

This will help us design a planetary defence mission should there be a need one day to deal with another asteroid threat. The planetary defence system is completed by a network of ground telescopes which ESA is developing to monitor the sky and search for impacting asteroids.

Data will be fed to ESA’s Neo-Earth Objects Control Centre (NEOCC), allowing us to accurately calculate asteroid orbits and their impact probability. This information will be crucial for decision-makers to determine if and when a deflection mission should be launched, in coordination with space-faring nations.

Protocols and procedures are defined by the IAWN (International Asteroid Warning Network) and the SMPAG (Space Mission Planning Advisory Group), supported by the UN’s Committee on the Peaceful Uses of Outer Space (COPUOS)..

Asteroid impacts do not know any borders, so this by its very nature has to be an international endeavour. ESA is playing a crucial role on the forefront of the planetary defence system.