Over a million Hong Kong residents in line for UK visa 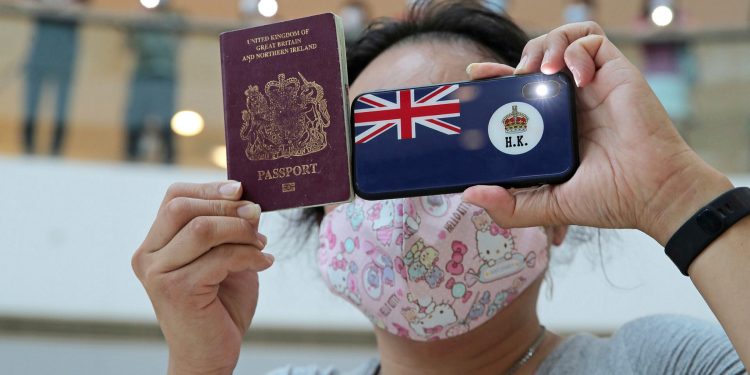 London (Brussels Morning) More than a million people from Hong Kong could apply for a UK visa over the next five years under new rules announced by the government Thursday.

Its Hong Kong British National (Overseas) (BN(O))visa, which opens from 31 January 2021, allows Hong Kong citizens classed as BN(O) to move to the UK to study and work.

Under the visa rules, BN(O) dependents are also eligible to move to the UK with a clear pathway to British citizenship.

The new rules represent a change to the rights attached to BN(O) status, which previously did not include citizenship rights.

The UK government says China has breached the agreement between the two countries when Hong Kong, a former British colony, ceded to China in 1997.

“The imposition of the National Security Law on Hong Kong marked a clear erosion of the rights and freedoms for the people of this city”, said British Consul-General to Hong Kong, Andrew Heyn.

“This new route to the UK is part of our commitment to the people of Hong Kong. The UK is ready to welcome BN(O) citizens and their dependants to the UK”.

The cost of the visa is lower than many other visas routes to the UK at £250 per person for a five-year visa and £180 for a 30-month visa.

BN(O) citizens will also have to pay an immigration health surcharge for access to the National Health Service and must show they can support themselves and their dependants financially for at least six months.

Almost 3 million people are eligible to apply for the new visa. However, a high estimate pegs the amount doing so to be in the range of 500,000 BN(O) status individuals and their dependants in the first year and more than one million over five years.

According to the Centre for Economics and Business Research, the economic impact of migration from skilled Hong Kongers could be £12-40 billion added to the economy, based on an estimated 300,000 to one million migrating over five years.