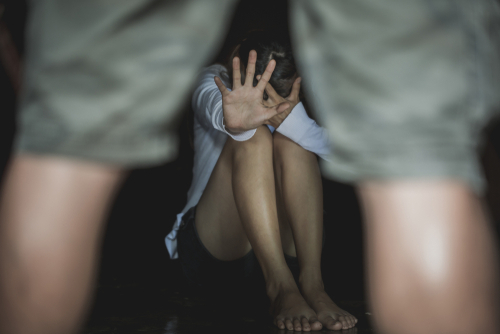 Brussels (Brussels Morning) A regional MeToo-like movement is growing in the Western Balkans, and thousands of women are starting to speak up for the first time about their personal experiences of rape and sexual harrasment by authority figures, many of them  considered to be respectable members of society.

The tide was unleashed in mid-January, after Serbian actress Milena Radulović accused influential acting coach Miroslav Aleksić of raping her when she was 17 years old. She led a group of actresses who took their accusations to the police, and 68-year old Aleksić was soon arrested for multiple counts of sexual assault and rape.

As news of the case crossed the borders into neighbouring Croatia and Bosnia and Herzegovina, social networks exploded with hashtags “NisiSama” (You are not alone) and “NisamTražila” (I never asked for it), prompting hundreds of public and anonymous stories from women suffering harassment or worse in universities, at work, within family, in hospitals, and everywhere else.

The “Nisam Tražila” Facebook page, started in response to Radulović’s testimony, had over 40.000 followers by the end of January. In just two weeks in Croatia, there were as many sexual harassment complaints filed as in the entire 2020.

Even though Bosnia, Croatia and Serbia have all ratified the Istanbul Convention on preventing violence against women, their societies remain conservative, and women are often pressured into silence by their family or coworkers, in a society that often shames those who take their sexual lives or other private matters before the courts.

Outspoken women’s rights figures are regularly threatened and insulted on social media, and many of the victims’ testimonies are dismissed because the women “didn’t speak out sooner”. Court convictions for sexual harassment are few and far between.

Croatian media are currently following two sets of allegations – one against a high-ranking official at the national broadcaster HRT, and one against a retired professor at the country’s largest university in Zagreb. In each instance, the institutions’ heads were informed of the allegations but refused to investigate or even acknowledge them.

Matko Klarić, head of the police precinct in Grude near the Croatian town of Zadar, was allowed to keep his job, even after several sexual harassment allegations by his female officers were found to be credible. A mob of friends, family and coworkers gathered to protest his trial in late January, holding placards that perhaps ironically best illustrated the reason for their backlash against the movement: “Today Matko, tomorrow the rest of us!”