by Dino Giarusso
in Opinion 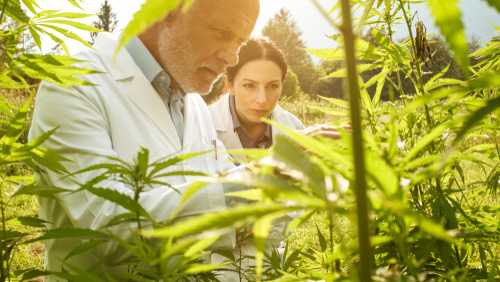 Professional researchers working in a hemp field, they are checking plants, alternative medicine and cannabis concept

There are numerous benefits to hemp products, it is time for the EU to legislate and harness them, writes Dino Giarusso.

Brussels (Brussels Morning) Let us imagine that, in order to combat the scourge of alcoholism, someone proposed the destruction of all grapevines and a total ban on grape cultivation. Such a suggestion would be rejected out of hand as the ravings of a lunatic. However, what sounds absurd in the case of grapes was exactly the course of action decided on a few decades ago with regard to cannabis, a plant that is beneficial in countless ways, with infinite potential in numerous sectors (food, pharmaceuticals, textiles, industry, plastics, construction, ecological sustainability, etc.) but has for decades been decried as a source of evil and is still encountering enormous opposition for motives that are primarily cultural in nature.

The task ahead of us in Europe is therefore twofold: on the one hand, to engage with producers and experts in the field with a view to bringing the rules properly into line (given that most of the restrictions imposed are based on non-scientific data and are the legacy of ingrained distrust and hostility) and, on the other hand, to make the public aware of how unfounded the shibboleths relating to cannabis really are and how beneficial it can be.

The judgment of the Court of Justice of 19 November 2020 needs to be brought into line with the EU acquis, something the Commission is endeavouring to achieve. However, in so doing, it is incumbent upon us, for both moral and economic reasons, to eliminate the absurd restrictions (in many cases devoid of any scientific basis) that are currently preventing the production of this crop or making it far more complicated and undermining its profitability across the board. The introduction of appropriate legislation for the entire sector would make it possible to generate between 300,000 and 400,000 jobs in Italy alone, if not more, and several million in Europe.

While the Court has ruled that Cannabidiol (CBD) is not a narcotic substance, the European Industrial Hemp Association has invested 3.5 million euros in comprehensive CBD and Tetrahydrocannabinol (THC) toxicological studies, something that is rarely done for other products. Realising the potential of the entire plant must be the ultimate objective of any legislator having scrupulous regard for scientific facts.

No basis for upper limits

Centuries ago, Columbus was borne across the seas to America by hemp canvas sails and Michelangelo painted the Sistine Chapel with hemp oil paints. We, therefore, see no reason not to use it today to reinvigorate the soil (hemp has an excellent capacity to absorb heavy metals and other pollutants), purify the air and replace synthetic plastics or non-ecological building components. We fail to understand why the pharmaceutical, cosmetics, food and industrial sectors should have to forfeit an asset of such vast potential value, particularly in ecological terms. It must be possible for producers and processors to make use of the entire plant, including the flower.

European legal framework provisions are accordingly necessary to update and clarify maximum THC content in percentage terms. While 0.5% would already be a strict enough limit, thresholds are unfortunately being set much lower in many member states. The recommended ceiling for THC in food is no more than 0.001 mg/kg of body weight. This limit has no basis in science, serving only to create unnecessary difficulties for the European industry, which has to compete with producers bound by much less stringent limits (0.014 in Canada for example), leaving European companies hamstrung by internal rules that are neither rational nor justifiable.

Finally, it must be remembered that Europe has a duty to engage in a cultural battle for hearts and minds in a bid to show hemp in its true colours as a beneficial product not only conducive to economic growth, post-COVID recovery and environmental protection, but also a potent weapon in the fight against the Mafia and organised crime, which owe much of their earnings to the demonisation of hemp and its derivatives.

The Europe of the future cannot afford to turn its back on cannabis, and it is up to us to take the lead and secure for the champions of progress a victory that will yield untold environmental, economic, health, social and employment benefits.