The window of opportunity to protect children online is now 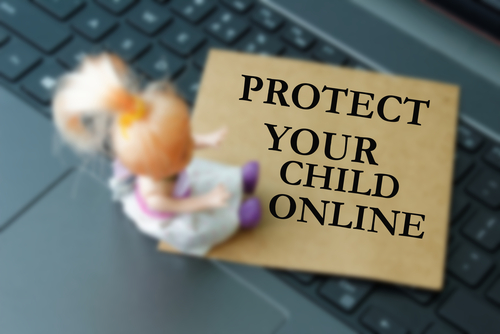 Opportunities to effectively fight child sexual abuse online in the EU are becoming slimmer and slimmer, as EU institutions struggle to find an agreement on the temporary derogation to the ePrivacy Directive.

Brussels (Brussels Morning) As you’re reading this, countless children are being sexually abused and exploited online, completely unprotected during a pandemic that has further exacerbated the already staggering figures of online child sexual abuse and exploitation cases across the EU.

Such a situation could have been avoided, given there is legislation specifically designed to prevent it from happening: the Temporary Derogation from certain provisions of ePrivacy Directive as regards the use of technologies by number-independent interpersonal communications service providers for the processing of personal and other data for the purpose of combatting child sexual abuse online.

One of the saddest pages of the EU negotiations for children and their rights is unfolding before our eyes. There was no white smoke during the last political trialogue on the temporary derogation last year on 17 December, pouring cold water by the efforts the European Parliament Intergroup on Children’s Rights to avoid the unintended consequences of the Electronic Communication Code (EECC).

After many discussions within my Group, we voted on a text in the Parliament meant to allow electronic services providers to continue to use technological tools to detect, report and remove child sexual abuse material – both known material and new images, including self-generated content – as well as detect instances of grooming. The use of these technologies is now part of the text that we voted with a landslide majority within the Committee on Civil Liberties, Justice and Home Affairs (LIBE) last 7 December and was supposed to meet the deadline of the 21 December, when the European Electronic Communication Code kicked in.

As a result of the lack of agreement on the temporary derogation to the ePrivacy Directive, many tech companies stopped using the technological tools to detect child sexual abuse online — including known images already flagged as child sexual abuse by law-enforcement authorities – to comply with the new EU privacy rules set by the European Electronic Communications Code (EECC). We ended 2020 on a negative note for children in Europe, who face now enormous risks online, completely unprotected at the hand of sexual predators online.

Several weeks ago, our worst nightmares materialised when the US National Centre for Missing and Exploited Children shared its latest figures confirming our deepest worries: a drastic 46% drop of EU-related reports of child sexual abuse online only three weeks after 21 December.

I want to emphasise that it is children’s safety at stake in these discussions. The child’s safety and their best interests should always be the primary consideration.

The whole purpose of why we rushed it in the LIBE committee right before Christmas was to preserve the status quo before the European Electronic Communication Code (EECC) kicked in, so that children would not be left behind, without protection until we have the permanent derogation in place. The Commission pledged to adopt its proposal for a permanent solution to fight child sexual abuse — both online and offline — already next June.

With this in mind, I ask all three negotiating parties: When will the next political trialogue take place and when are we finally going to be able to see a temporary derogation in place?

Children should be the first concern

Children are the ones who are paying the consequences of this never-ending rollercoaster in the current negotiations, with every day passing by without an agreement on the temporary derogation putting children in further jeopardy and abetting perpetrators getting away with their horrendous crimes, contributing to increase impunity.

One child who falls victim of child sexual abuse and exploitation online is one too many. It is our responsibility to do our utmost to ensure a swift agreement on the temporary derogation to the ePrivacy Directive that restores the status quo prior to 21 December and effectively allows the continuation of the current practices to detect known and new child sexual abuse material, as well as grooming.

Law-enforcement authorities and child rights organisations alike, have enormously praised the use of these technologies by online communication services providers to detect and report child sexual abuse online. These well-established technological tools have been instrumental for years in rescuing children in the EU from ongoing abuses.

We know that the fight against child sexual abuse online is a global fight that requires the cooperation of all actors involved, including tech companies, which also must take their share of responsibility in line with our EU standards.

Perpetrators are becoming more and more sophisticated and always seem to be one step ahead of the legislator. In such a fast-paced environment — where everything we discuss at legislative level is soon to become obsolete — we need to make sure the legislator’s answer is agile and designed in such a way to keep up with the technological changes, while of course putting the right safeguards in place.

We need to be able to defend our privacy online, as well as protecting the safety and human rights of our children. We cannot risk that the EU becomes a safe haven for online sexual predators and paedophiles.