Europe needs a strategy for bogs

by Jutta Paulus
in Opinion 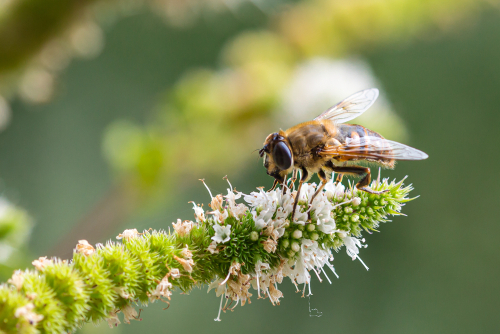 Peatlands contribute much to our biodiversity, which is why we need an EU peatland strategy, writes, Jutta Paulus.

Brussels (Brussels Morning) Like many European cities, Brussels was once founded on marshy ground. The marsh flower Iris pseudacorus, which grows in shallow waters, can still be found in the flag of the Brussels-Capital Region. Also known as yellow iris, it used to grow around the city walls and once gave a key victory to the Dukes of Brabant. Legend has it that, keeping to the iris’ covered shallow areas, the troops of the Duke could easily gallop through the flooded plains. The opponents however, unaware of the marshy surrounding, were immediately bogged down.

Where humans settled, wetlands were drained to make space for growing settlements and agricultural land. As draining continues until today, more and more wetlands are destroyed. Wetlands such as marshes and bogs are essential though for biodiversity, the environment and the climate. Forming natural water reservoirs, they are also crucial for flood protection. Because of their broad importance and severe consequences by their increased disappearance, efforts for their protection and renaturation must be scaled up. We need a comprehensive EU peatland strategy to protect and restore our wetlands.

As part of the new EU Biodiversity Strategy, the European Commission will present a European Nature Restoration Plan this year, which must include binding targets to restore degraded ecosystems. I am working hard to ensure that peatlands in particular, more than 60% of which have already been destroyed across Europe, are restored. To achieve this, we need well-defined ambitious targets on the one hand, and effective enforcement of European nature protection legislation on the other.

By international law, wetlands are protected by the Ramsar Convention. However, this agreement is based on voluntary commitment by participating states and is not legally binding. Biodiversity in general is subject to the Convention on Biological Diversity (CBD), a multilateral treaty that aims for the development of national strategies for the conservation and sustainable use of ecosystems. Due to the COVID-19 pandemic, the 15th Conference of the Parties (CBD COP15) in Kunming met the same fate as the Climate COP26, and had to be postponed. Environmental and climate emergencies need urgent action. The EU must, therefore, take responsibility and global leadership to set far-reaching protection and restauration targets for ecosystems.

Also, with regard to reaching the Paris Climate Goals of climate neutrality until 2050 and limiting global warming well under two degrees Celsius, protection of wetlands will be essential. Especially bogs contribute to greenhouse gas mitigation worldwide by acting as natural carbon sinks. Although they make up only three percent of the earth’s land mass, they store more carbon than all forests combined. Drainage for agricultural use or settlement development, however, leads to microbial activity in the now aerated soil and emission of the stored carbon as carbon dioxide, accelerating the greenhouse effect. Draining eutrophic bogs additionally emits nitrous oxide, whose greenhouse gas potential is almost 300 compared to CO2.  Incomprehensibly today, peat is still industrially extracted in Germany and the Baltic States for being sold as substrate for commercial horticulture. In Finland and Ireland, even peat-fired power plants are in operation.

Time for an EU Peatland strategy

Peatlands greatly contribute to biodiversity and provide a unique habitat for many plant and animal species that have become rare or even regionally extinct. On nutrient-poor, waterlogged soils and at low pH values, only “specialists” survive, such as sundew, sheathed cotton grass or European cranberry, which do not thrive anywhere else. Waterfowl and wading birds rest and overwinter in peatlands and as groundwater filter, the soil is purifying water.

The urgently awaited EU Nature Restoration Plan is a step in the right direction. However, because of the complex nature of peatlands, their overwhelming importance and because they are threatened by many different factors, we need a distinct EU Peatland Strategy. That means safeguarding existing peatlands in Europe and redirecting financial flows for the renaturation of peatlands in the EU and worldwide. Peatland-friendly forms of cultivation must be supported, like, for example, agriculture in the form of paludiculture, the site-adapted agricultural use of peatlands and marshes without drainage. This would enable preservation of bogs for climate and wildlife while harvesting ecological products for construction material or the gardening industry, securing the income for farmers. Moreover, we need a ban on the use of peat as substrate and for energy generation. Wetland protection must also be included in all EU trade agreements to contribute to their worldwide preservation as major carbon sinks and unique habitats.

With a sophisticated and legally binding EU Nature Restoration Plan and an EU Peatland Strategy, the EU can contribute to its Green Deal objectives and protect climate, nature and biodiversity. As in climate diplomacy, we now have the chance to set global standards and lead the way to a more sustainable and liveable planet.