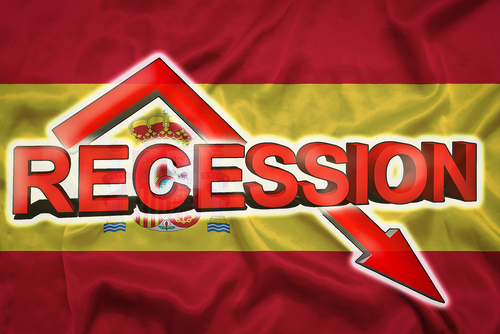 Brussels (Brussels Morning) With the latest statistics indicating that the Czech Republic has overtaken Spain in terms of  per capita GDP, the Spanish daily El Pais examined how a former communist country managed to outperform one of the strongest European economies in a mere three decades.

According to Organisation for Economic Cooperation and Development (OECD) estimates for 2019, Spaniards had a per-capita GDP of US$ 38,128, which Czechs surpassed for the first time with US$ 38,152. Eurostat figures, adjusting for purchasing power parity, had shown the Czech Republic edging slightly ahead of Spain in 2018.

In the 1990s, with the Czech Republic emerging from communism, per capita GDP was two-thirds of that of Spain. Since then, Spain has fallen back. Today, Estonia, Lithuania and Slovenia are approaching the point where they may son surpass Spain.

El Pais does note that Spanish per capita GDP has grown 50% in the same period, but points out that the rate of growth has been slower than in some of the EU’s eastern members. Spain seems to have regressed after the 2008 financial crisis. The gap separating it from German economy has since increased to the point where it now stands at 1997 levels.

In 2007, then-Prime Minister José Luis Rodríguez Zapatero had boasted that Spain had overtaken Italy for the first time in the Eurostat metrics. The data showed Spain’s wealth level at 105% of EU average, while Italy’s stood at 103%. However, the figure proved to be wrong. Revised data, recalculated as the financial crisis hit, showed this had never been the case.  In 2019, Spain was at 91% of the EU average, Italy at 96%, indicating how both countries had fallen behind the curve.

Most recent Eurostat figures show Czech Republic overtaking Spain sometime between 2018 and 2019. OECD estimates it happened sometime during 2019, while the International Monetary Fund (IMF) figures assess it took place in 2020. Nevertheless, all three organisations now agree Spain has fallen behind.

Looking for reasons behind the Czech growth, the Spanish newspaper cites how the country had turned itself into an “industrial subcontractor for Germany”. Other factors are also in play, it notes, one being a reformed labour market, with low unemployment,  a mere 3%. Moreover, only 7% of workers in the Czech Republic have a high school diploma or lesser education, compared to 30% of Spanish workers.

Also, the Czech Republic spends half a point more of its GDP on research and development, and maintains much healthier public finances. Before the pandemic, its budget ran at a surplus, and debt levels were at 30% of GDP, compared to Spain’s 95%.
The El Pais account says Spanish economists are agreed that the training levels of Spanish workers are inadequate. It notes too that although labour laws make a sharp distinction between workers on long-term contracts and temp workers, the effect is to discourage investment in human capital. Spanish worker productivity remains low, with the government yet to create a Productivity Council, despite EU recommendations to do so in 2016.