The FInCec scandal and Europe’s institutional failure to regulate banks

by Angelos Kaskanis
in Economy, Features 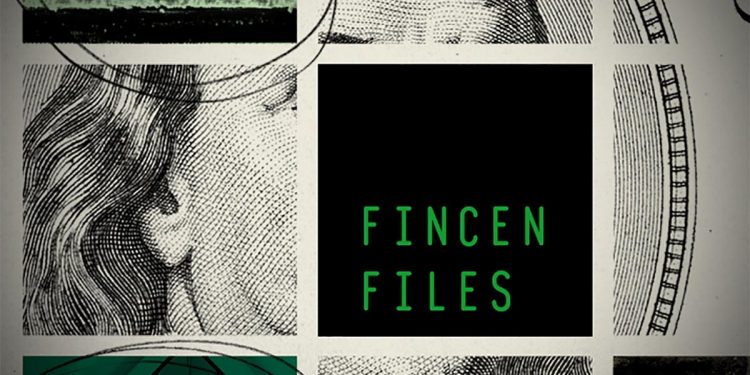 The FinCen scandal suggests that Europe’s failure to deal with money laundering is institutional and political. That is the conclusion of most investigative journalists and political commentators. However, the European regulators do not seem to share this emerging consensus.

Thessaloniki (Brussels Morning) The FinCEN files refer to a leak of approximately 2,500 documents to Buzzfeed News, most of which were sent to US authorities between 2000 and 2017.

FinCEN is the US Financial Crimes Enforcement Network, which includes people working in the US Treasury. The leaked documents include suspicious activity reports in US dollars. It reveals how banks that raised their suspicions about specific individuals and companies with US authorities failed to act on the knowledge they had of the affairs in Europe. This was not a minor failure. The data trove refers to $2 trillion worth of illicit transactions.

It appears that Europe’s financial system has proved incapable of monitoring banking behemoths such as HSBC, Deutsche Bank, JP Morgan, and United Arab Emirates’ central bank. Buzzfeed News is now cooperating with 108 news organisations in 88 countries to explore the data leak, maximising the impact of these revelations. Thus far, the documents show how some of the world’s biggest banks have allowed criminals to move dirty money around the world.

However, there is one distinguishing feature: it seems that the biggest banks in the world were fully aware that they facilitated money laundering and organised crime in Europe. This was no “one off” incident linked solely to a specific individual. There are systemic implications.

The question raised by Members of the European Parliament is why these revelations were signalled by US authorities rather than European and, yet again, how come major corporate behemoths are held to account by media rather than by the regulatory authorities.

“It is no coincidence that all these revelations are the result of investigative journalism and not the result of investigations by the competent audit authorities. This is a very worrying trend in terms of effectiveness of the existing mechanisms that we simply cannot overlook”, he Vice President of the European Parliament Dimitris Papadimoulis (Greece, GUE-NGL) noted.

The scale of the challenge is too great to dismiss as mismanagement, according to Marc Botenga (Belgium, GUE-NGL):

“The four largest banking institutions in Belgium are listed in the FinCEN files, because suspicious money flows passed through accounts of theirs. Amounts differ, but at some point, half a billion dollars was transferred from a Belgian bank account of an offshore company on the British Virgin Islands. Three of the six major international banks most involved in the FinCEN files are among the top 15 banks with the largest bank balance sheet in Belgium: Deutsche Bank, JP Morgan, and Bank of New York Mellon. Previous revelations already illustrated the key role the banking sector has in regard to tax fraud and financial crime. Clearly controls are still insufficient.”

Banks are not supposed to facilitate money laundering but to prevent it. That has not been the case in Europe. Among the stories that have come to light is that HSBC allowed fraudsters to keep billions made in online scams.

Deutsche Bank and JP Morgan appear to have facilitated money laundering on behalf of organised crime networks, including terrorist organisations and drug traffickers. JP Morgan is seen as facilitating capital for people on the FBI’s 10 Most Wanted list.

Major banking institutions appear to be undermining both Washington and Europe politically. For instance, Barclays appears to have helped Russian President Vladimir Putin avoid sanctions in the West. The United Arab Emirates Central Bank facilitated the circumventing of sanctions against Iran.

Need for an EU-wide institutional response

The European Commission is expected to propose a series of new legal measures to tackle money-laundering in the spring of next year.

”I hope that the measures to be proposed will take into account these concerns, show real determination and provide effective solutions. We are still seeking national solutions to pan-European and global problems”, Dimitris Papadimoulis notes, adding that the European Banking Authority (EBA) is currently coordinating with national authorities without the possibility of actively intervening, while national Financial Intelligence Units achieve limited results.

Going beyond the existing institutional apparatus, MEP Papadimoulis proposes the tightening of current regulation, bigger fines for banks that violate the existing framework and a “pan-European audit body with effective powers of intervention, control and enforcement of sanctions”.

For his part, MEP Marc Botenga calls for a stricter application of existing rules, such as the Anti-Money Laundering Directive. However, he also notes that the limited political reaction to these revelations suggest that the financial sector enjoys undue influence over the political system. Strategically, Botenga notes, the EU needs to explain why “… flagship European initiatives like the Banking Union or the Capital Markets Union aim, first and foremost, at creating bigger and more powerful banks”, when there is need for more transparency and public oversight of the sector.