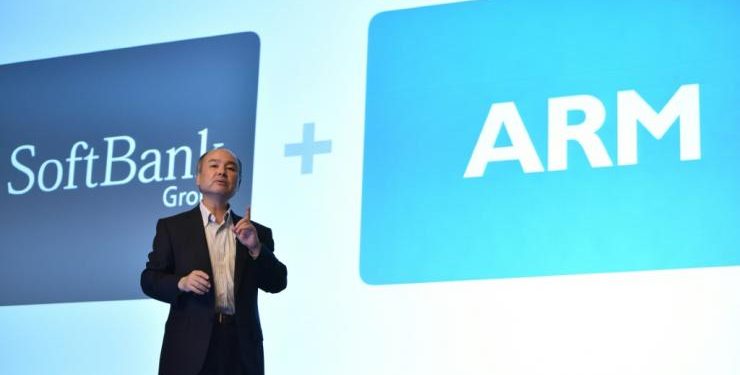 SoftBank owned company, Arm Holdings, is being sold to US firm Nvidia in a £31 billion deal (€33.6 billion) that Arm’s cofounders have called a “disaster”.

Arm is an innovative tech company headquartered in Cambridge, UK, that designs computer chips licensed by other firms, including Apple, Qualcomm and Samsung. It also specialises in microprocessors. The company says 180 billion chips have been based on its solutions.

California-based Nvidia is known for its graphic cards used in the game industry as well as AI-related products.

The company’s chief executive, Jensen Huang, said the takeover would create “the premier computing company for the age of artificial intelligence” while promising to keep the firm’s headquarters in Cambridge.

While talks were underway, Shadow Business Secretary Ed Miliband said the government should seek assurances that jobs and decision-making in the firm would not be moved stateside.

“Where we feel a takeover may represent a threat to the UK, the government will not hesitate to investigate the matter further, which could lead to conditions on the deal,” said a government spokesperson at the time.

Arm’s cofounders – Tudor Brown and Hermann Hauser – have spoken out against the deal.

Brown said the company should be kept independent and that selling it to outside interests could make it subject to US export laws. Brown also pointed out Nvidia, which currently licenses Arm’s designs, would be placed in a conflict of interest if it became its owner.

Hauser raised concerns about changes to the company’s business model and said that any promises to keep jobs in the UK were “meaningless unless they are legally enforceable”.

Mike Clancy, General Secretary of Prospect, a science and technology union, said it was a worrying development requiring government intervention.

“If the UK tech sector is to flourish and create the jobs of the future here in Britain, then we need our crown jewels to be owned and managed in a sustainable way that prioritises investment in the workforce and in research and development”.