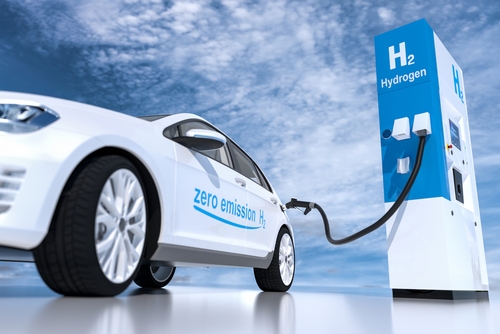 The two companies called on the EU to adopt policies that can help make the green technology commercially viable.

Daimler and Volvo launched their joint venture Cellcentric in March, promising to present their large-scale fuel production plans in more detail next year.

Volvo CEO Martin Lundstedt pointed out that “partnerships like Cellcentric are vital to our commitment to decarbonising road transport”.

Companies compete in other segments

While the two companies are cooperating on development of hydrogen fuel cells, they remain competitors in other segments.

Both are planning to start testing fuel cell trucks in the coming years and to start mass production of such trucks in the second half of the decade.

The two companies called for the construction of some 300 hydrogen fuel stations for heavy vehicles in the EU by 2025, while urging that the figure should reach 1,000 by 2030.

The EU has been pushing for stricter environmental standards and is adopting plans to strengthen the push by diverting money towards green investments, a catalyst for the environmental boom in transport.

Adina-Ioana Vălean, European Commissioner for Transport, in a video conference with representatives of Daimler and Volvo, said the EC would revise its proposal on alternative fuels in the summer.

She noted the move “will include binding requirements for rolling out hydrogen fuelling infrastructure” and added that “financial support will be available where needed”.

Earlier this year, the multinational automotive group Stellantis announced plans to start delivering fuel cell vans to Europe by the end of the year.The company emphasised the need to expand the hydrogen station network, pointing out that Germany had 90 such stations and France 25.