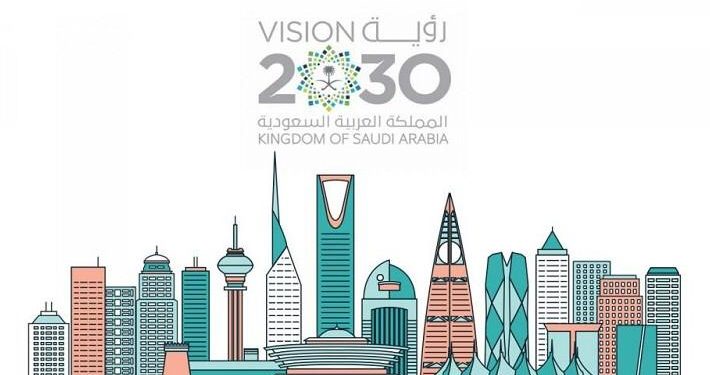 The challenge of the coronavirus disease may have caused slight adjustments, but it could in no way affect our determination to go forward, writes H.E. Dr. Khalid Ibrahim Al-Jindan.

Brussels (Brussels Morning) This summer marks the fifth anniversary of the historic launching of Vision 2030, which put Saudi Arabia at the threshold of a new phase of development and a wide-ranging leap forward. The inauguration of Vision 2030 with all its ambitious plans, projects and initiatives meant no less than transforming the state and society of Saudi Arabia and bringing it into a new epoch in its history.

An in-depth look at the content of Vision 2030 would show that it combines continuity with change in a way that secures the badly needed shift while averting the possibility of disruption and turmoil. This is so because it drew a lot from the far-sightedness and wisdom of the Founding Father of modern Saudi Arabia, King Abdul Aziz Al-Saud, and his clairvoyance, while crossing the line toward meeting the requirements of modern times, most notably the breakthroughs in information technology, cybernetics and communication.

This marriage between continuity and change is premised on a staunch belief in the long-held principle that stability is dependent on the ability to introduce the necessary changes. Crown Prince Mohammed bin Salman absorbed this dictum quite well and acted accordingly, as was amply illustrated in his comprehensive television review of Vision 2030, which he gave this week.

The first five years of Vision 2030 have proved to be tough and most challenging, as Dr. Mohammad Al-Tuwaijri said in a recent dialogue he held with a number of chiefs of Saudi diplomatic missions abroad. This is so because it laid the foundations and the infrastructure that paved the road toward the finale of the visionary journey with all its attendant programs and initiatives. This started from the National Transformation Program, which focused on the achievement of 30 percent of the Vision 2030 goals (totaling 96 strategic goals), all dealing with transforming the quality and pace of government performance.

In tandem with the National Transformation Program, multiple plans and projects were delineated and elaborated to terminate the era of complete dependency on oil as the main source of income and the basis of the national economy, while adopting a new economic policy founded on the principle of diversification of sources of income. This was made possible through a diversified and creative handling of the real and potential sources of national wealth.

Additionally, and in line with the ambitious goals of Vision 2030 to have a more vibrant society and achieve a high level of sustainable development, specific measures or decisions were taken to enhance this process of socioeconomic development, encompassing the following fields:

– Underscoring the values of efficiency, transparency, openness and accountability as necessary preconditions in the conduct of government and administration.

– Focusing on the youth component of society as the main element in the process of social and economic development.

– Empowering women by opening all available avenues that would enable them to assume their legitimate role in the government and private sectors. Now, we have more CEOs, deputy ministers and, in a significant step, three ambassadress who have been entrusted to lead diplomatic missions in the US, Norway and Sweden, not to mention our representative at UNESCO in Paris.

– Adopting a new sense of investment, domestic and foreign, with the Public Investment Fund playing a central role in financing mega investment projects such as the Red Sea project, Qiddiya and Diriyah, Neom, The Line, and other projects nationwide, all implemented in partnership with internal and external businesses.

– Utilizing the great potential of tourism in the vast diversified physical environment of Saudi Arabia.

– Promoting cultural activities and art in all its forms, including theater, music and the movie industry.

– Rediscovering our ancient treasures as exhibited in various archeological sites and ruins all over the country.

– Launching systematic campaigns against all forms of corruption and malpractice through the adoption of a strict monitoring system that assures discipline, efficiency and compliance with regulations.

All of the above are just examples of the reforms that constitute the substance and essence of Vision 2030.

The challenge of the coronavirus disease may have caused slight adjustments in the Vision 2030 strategies, but it could in no way affect our determination to go forward. Most remarkably, we managed to host the G20 summit even during the pandemic.

The coronavirus crisis, instead of debilitating us, prompted us to do more to fix our environment with two additional initiatives: “The Green Saudi Arabia” and “The Green Middle East”.

These two projects aim to plant 10 billion trees in Saudi Arabia and ultimately extend this plan through the concerted efforts of all Middle Eastern countries and the international community to cover the whole area with 50 billion trees, thus turning desert areas into green-covered lands. The intended purpose of this bold enterprise is to create a clean environment with considerably reduced carbon emissions, the containment of dust waves, and the combating of pollution.

These green initiatives are just examples to confirm our determination to deal with the impact of climate change.

Five years have passed since the inauguration of Vision 2030 and much of its substance has been realized. But I can assure you that more is coming, as Crown Prince Mohammed bin Salman made this crystal clear in his important TV interview.