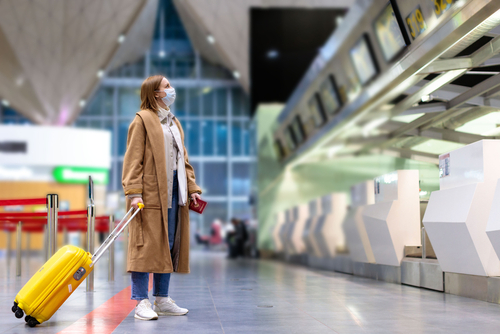 In a letter to EU leaders, the groups pointed out that EU member states should coordinate the rollout better to avoid long queues and other potential issues, Reuters reported on Tuesday.

The new EU document is to be introduced on Thursday, but the Airports Council International industry group and other representative airline sector organisations like Airlines for Europe, the International Air Transport Association (IATA) and the European Region’s Airline Association cited concerns about the “worrying patchwork of approaches” being taken across the bloc.

“As passenger traffic increases in the coming weeks, the risk of chaos at European airports is real,” they warned.

The new documents will show the vaccination status of the holders, including negative tests and whether they recently recovered from COVID-19. They are being introduced on 1 July in order to ease travel within the bloc, but will require the right equipment for read outs and additional checks.

The industry groups stressed that queues and delays at the peak of the tourist season can be avoided by processing vaccination passports remotely, before passengers arrive at airports.

In the letter, they suggest checks should be performed only in countries of departure and add that governments should be in charge of the process.

They also stressed the importance of avoiding duplication of measures as one way of preventing delays and queues in air travel.

IATA’s vice president for Europe, Rafael Schvartzman, warned that additional checks have doubled the amount of time needed to navigate airports for a trip of roughly three hours, compared to what was required in pre-pandemic times.

The European Commission presented EU member states with guidelines before Tuesday’s meeting on COVID-19 passports. Many cited similar concerns to those raised by industry groups, pointing out, for example, that EU member states have prepared ten different combinations of checks.