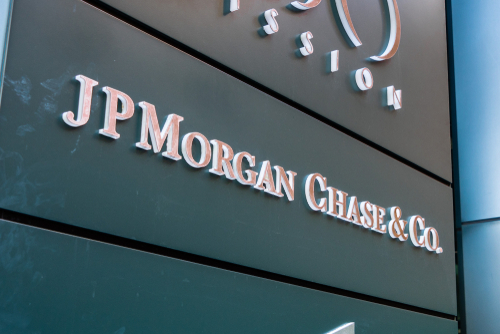 Brussels (Brussels Morning) Multinational banking giant JPMorgan opened its new trading hub in Paris on Tuesday, in a post-Brexit move to an EU site to relocate some of its London operations.

The opening was attended by France’s President Emmanuel Macron, who is making determined efforts to lure more international banking institutions to the French capital as it competes with Amsterdam and Frankfurt to become the EU’s new financial centre, following London’s departure from the Union.

The new JPMorgan trading hub in Paris will focus on European debt trading, and plans to employ as many as 800 people in Paris by 2022. That total includes some of the multinational’s current staff in the French capita, where the bank employed 265 people before the UK left the EU.

The new hub is situated in a seven-storey building, close to the Louvre museum, and will soon house 440 trading and sales staff. Some personnel will relocate from the bank’s London offices.

The bank continues to operate trading hubs in other EU financial centers, including Dublin, Frankfurt and Amsterdam, and will retain a significantly larger presence in the UK, where it employs some 19,000 people, of which more than 10,000 in the City of London.

Since Brexit largely severed Britain from the EU financial markets, global banks have been opening new hubs on the continent, with EY estimating that some 7,500 jobs and 1.3 trillion dollars in assets have already moved from the UK to the EU.
Macron hopes to make Paris the main financial hub for the clearing of euro derivatives, as the market is forced to relocate from London because of rising costs and other complications. The French president, a former investment banker himself, is doing what he can to make his country more attractive than the Netherlands, Ireland or Germany, although an April report put Paris in second place, trailing behind Dublin.