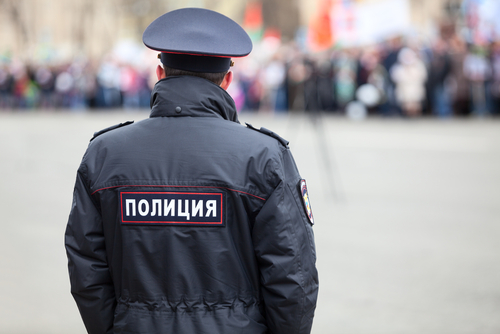 Brussels (Brussels Morning) Russian police searched the apartments of three investigative journalists and their relatives, in what appears to be the latest crackdown on independent media in the country.

All three journalists work for Proekt, one of the few remaining independent outlets in Russia. The police burst into the apartments of the paper’s editor-in-chief, Roman Badanin, and journalist Maria Zholobova. Deputy editor Mikhail Rubin was detained and then taken to his parents’ apartment, which was also raided.

The paper, and the journalists involved, planned to publish the results of an investigation into the assets of Russia’s Interior Minister, Vladimir Kolokoltsev, his son and a number of his relatives.

According to the paper, the story will still be published despite the raids, which the authorities declared were linked to a defamation case brought against Badanin and Zholobova over a film they worked on in 2017. Police provided no clear rationale for detaining Rubin, or for raiding his parents’ apartment.

As Russia’s President Vladimir Putin gears up for parliamentary elections in September, the country’s judiciary is increasingly cracking down on opposition voices and on media deemed unfriendly to the ruling party.

A recent court verdict declared opposition leader Alexei Navalny’s anti-corruption NGO to be an extremist organisation, in effect banning it from operating and preventing its members from running for office.

Navalny himself was jailed for allegedly breaching the terms of his suspended sentence, despite receiving permission from Putin to be transferred to Germany, where he received treatment for poisoning most likely inflicted by Russian intelligence operatives.

A controversial law, which requires all media receiving funding from abroad to label themselves as “foreign agents”, has scared advertisers away, causing several opposition media to shut down. The law was also used to levy a fine on Radio Free Europe/Radio Liberty, which the broadcast outlet has taken to the European Court of Human Rights.