by Anna-Karin Friis and Marta Pacheco
in Economy, Features 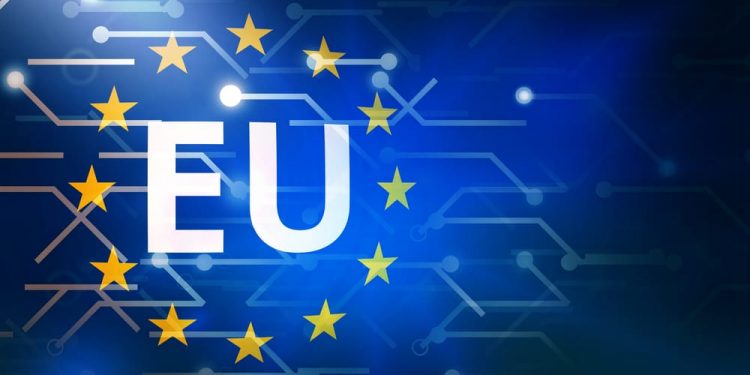 Brussels (Brussels Morning) Services such as ordering meals and transport online are helping create a growth sector of digitally-driven jobs, but with inadequate social protection benefits for the workers involved.

The collaborative economy that stems from a few clicks in an application to let out a room or an apartment or that offers other products and services, requires some commensurate form of insurance for the benefit and wellbeing of its workers.

European rules need to be updated and modernised to respond to this emerging economy, one that exploits the loopholes of outmoded  legislation, which was  originally enacted to protect and regulate local enterprises and their employees.

Now, thanks to the internet, online platforms have transformed into global conglomerates, dominating, for example, the accommodation market and transport delivery services among others, all in the name of the so-called gig economy.

This free enterprise scheme allows employers to bypass their social responsibilities and override workers’ rights as their operatives struggle without benefits or insurance to respond to and fulfill gigs agreed online.

Platforms, both European and non-European, face local rules that can be contradictory, and whatever taxes they may be subject to seldom if ever benefit the local economy structure either. A task force charting a European solution suggests the online platforms should take on new responsibilities to combat illegal activities.

For example, sectoral rules need to be updated to create a level playing field between hotels and short-term private rentals, and between taxi service operators and ride-hailing drivers. The status of workers is equally unclear, but there are increasing calls for fair employment conditions and social insurance for delivery personnel and drivers that solely work on the basis of fulfilling orders placed on online platforms.

The Brussels-based think tank Centre for European Policy Studies (CEPS) launched a report today steering the debate on the legal future of these new online platforms that facilitate the uptake of shared services.

“It has been almost five years since the EC’s collaborative economy communication, so I am glad that CEPS and others are investigating how to update European guidance,” Renew Europe MEP Dita Charanzova told Brussels Morning.

One of the Commission’s concerns is to avoid a parallel economy, and for that purpose, it defends the application of clear rules to ensure that taxes are paid, consumer protection is upheld and employment conditions are fair.

Charanzova, who was part of the CEPS speakers’ panel at an event in Brussels today, was confident that online platforms would agree to work with local authorities to achieve a balance between data sharing with local authorities while ensuring that all taxes are paid. However, employment rules are mostly determined by EU countries at the national level.

The report released today suggests that Europe’s present fragmented and unclear rules governing the collaborative economy should be reassessed. Both traditional and new digitally-empowered platforms should operate on a level playing field. While allowing cities room to impose local standards, the EU needs to provide clarity for the new business model.

For example, questions such as the classification of workers, whether as contractors or employees, and a European enforcement mechanism to resolve disputes across member states have been flagged as particularly important.

“Employment laws were not drafted with the Internet in mind,” said Mikku Kuusi, CEO of Wolt, a food delivery online platform created in 2014, in Finland.

At national and local levels, different regulatory approaches are being implemented, some encourage activity while others restrict it, creating legal uncertainty that may undermine service providers but also consumers.

“Regulation is making our job more difficult to contract people,” said Mikku Kuusi. Yet, the Wolt CEO admitted that he is for positive regulation, particularly “predictable and useful regulation that fits the purpose”.

“The collaborative economy is becoming a solid part of the European economy. But increasingly we are seeing the fragmentation of the Digital Single Market at the local level.

This is why at the European level, we are trying to balance how to create a single regulatory framework in order to prevent thousands of different local laws, while at the same time not to overregulate a sector that is growing and bringing innovation to Europe,” MEP Charanzova added.

With the digital economy growing at lightening speed, the EU’s e-commerce directive has become obsolete. For example Airbnb, founded in 2008, has become a global entity with no clear regulation and a market capitalisation superior to many established hotel chains.

Speaking at the CEPS event, Commission representative Henning Ehrenstein promised some clarity once the Digital Services Act, set to replace the e-commerce regulation, is published on 2 December.

Employment terms and conditions for online platform workers will be reviewed next year. In March this year, an agreement on data sharing was reached between the EC and collaborative economy platforms.  The deal is expected to encourage platforms to take on new responsibilities to combat illegal activities.

In 2019 alone, 21% of EU citizens have used a website or an app to book accommodation from another person and 8% have done the same for transport services, according to a Eurostat survey.

A 2018 study revealed that the collaborative economy accounts for 26.5 billion euro in revenues, corresponding to a mere 0.17% of Europe’s GDP, and employs 394,000 people full-time.

The EU level task force now suggests that online platforms would continue to enjoy limited  liability when it comes to user taxes or respecting locally-specific transport or accommodation laws. Online platforms reject being considered employers, even though they may offer workers insurance.

And the international online platforms continue to insist that they should only follow the rules in their country of origin. Their insistence on this is a source of continuing frustration to local authorities that seek to enforce domestic regulations on a global corporation located far beyond their jurisdiction.