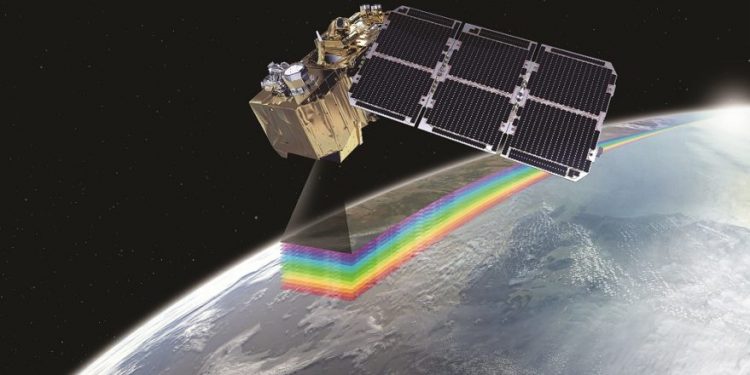 Brussels (Brussels Morning) The EU has announced its procurement of satellites for expansion of the bloc’s Copernicus Programme, BBC reported Friday. The Earth observation programme is to be expanded with Sentinel satellites that can provide data from across the electromagnetic spectrum.

New Sentinel satellites should be launched by the end of the decade, but their launch is dependent on further funding of the programme. Though several commercial companies are launching satellites with the aim of mapping the Earth, none are comparable to the Copernicus Programme with regard to the range of high-fidelity sensor types. In addition to its wider range, all data from Sentinel satellites are free and open to all users, including those outside the EU.

The first Sentinel-6 satellite should be launched on 21 November. Its radar altimeter will measure the depth of the oceans, providing data necessary for tracking sea-level rise, weather forecasting and more.

The European Space Agency (ESA) announced the new contracts that are to initiate the development of three systems — the Copernicus Hyperspectral Imaging Mission for the Environment (CHIME) worth some 455 million euro, the High Spatio-temporal Land Surface Temperature (LSTM) worth about 380 million and the Polar Imaging Microwave Radiometer (CIMR) worth approximately 495 million.

In July, Germany’s OHB System landed the contract for providing Sentinels to map atmospheric CO2 concentrations, while Airbus Germany started working in September on a Sentinel that could measure thickness and shape of polar ice. While still not in the contract stage, Italy’s Thales Alenia Space should head the L-band radar mission, with contract details to be prepared by the end of the month.

Last year, EU member states approved about 1.8 billion euro for ESA’s Copernicus Programme, more than the agency had asked for. However, at last week’s discussion on the EU’s next seven-year budget, the bloc proposed financing the programme with 4.8 billion euro, some 2 billion less than expected.

At the same time, it is possible that the UK, which left the bloc this year, could re-associate and pitch in several hundred million euro over the coming seven-year period. However, this will depend on the post-Brexit trade agreement between the UK and the EU. If negotiations fall through, UK membership in the Copernicus Programme will almost certainly be put off, at least in the short term.