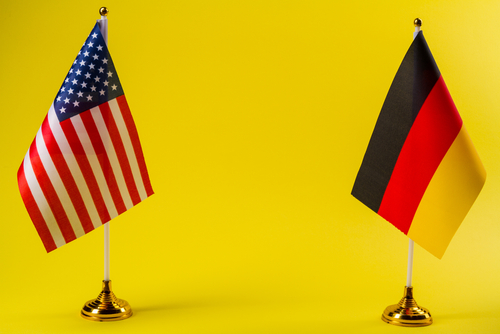 Her meetings with US officials are expected to focus on the current tensions between the West and Russia, including the situation in Ukraine, DW reports.

“The more difficult the times are, the more important strong partnerships are — and as Europeans, we have no partner stronger than the US”, Baerbock noted before her departure for the US . Her trip to Washington was intended to make clear the “great importance we attach to trans-Atlantic relations”, she said.

The eight-hour visit includes meetings with US Secretary of State Antony Blinken and with Nancy Pelosi, the Speaker of the House of Representatives.

Referring to the situation in Ukraine, Baerbock noted that Europe and the US agree that “the only way out of the crisis is through dialogue.” Given that important talks at various levels and varying formats were about to enter “a decisive phase”, she said, “our messages as trans-Atlantic partners to the government in Moscow are always the same.”

While the Foreign Minister insists that the West will respond to Russia as one, the issue of the Nord Stream 2 natural gas pipeline could remain contentious. Despite having opposed the project, Washington nonetheless has reached agreement with Germany to support it.

The Greens, Baerbock’s party, has reservations about the pipeline project, but its coalition partner, the Social Democratic Party, is solidly behind the project.

The pipeline has come more and more into focus as Germany finds itself becoming increasingly reliant on energy imports, the result of shutting down its coal-fired and nuclear power plants.

On the issue of NATO, Baerbock stressed that “the strength of the trans-Atlantic alliance is not measured in tanks and missiles but first and foremost in the way we act in concert when it matters — when basic norms of international law have to be defended and we have to stand up for our common values.”

She went on to note how Germany plans to concentrate on climate issues during its year-long presidency of  the G7, which began on 1 January.