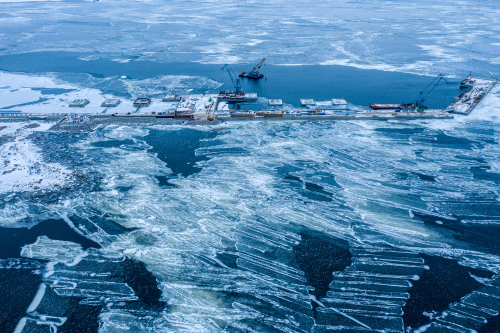 Brussels (Brussels Morning) An agreement reached yesterday between Germany and the US on the Nord Stream 2 gas pipeline means that the US will no longer try to halt the almost-completed project.

For its part, Germany has committed to respond to any Russian attempt to weaponise energy against Ukraine or other European countries, Reuters reported.

The agreement aims to minimise strategic dangers that could arise from the pipeline project designed to carry natural gas from Russia to Germany, which is now 98% completed. The new pipeline will allow Russia to sell natural gas directly to Germany.

The US previously opposed the project, but the administration headed by President Joe Biden has decided against the use of sanctions to prevent completion of the pipeline.

The new agreement faces opposition in the US and Germany, and has not eased concerns in Ukraine, which is seeking talks on the gas pipeline with Germany and the EU.

A joint statement issued about the agreement asserted that Germany and the US are “united in their determination to hold Russia to account for its aggression and malign activities by imposing costs via sanctions and other tools”.

Any Russian attempts to “use energy as a weapon or commit further aggressive acts against Ukraine” will be responded to by Germany and will include a push for the EU “to limit Russian export capabilities to Europe in the energy sector,” according to the statement.

A senior US Department of State official noted that the agreement does not spell out what actions might induce a response, observing that “we elected not to provide Russia with a roadmap in terms of how they can evade that commitment to push back”. The official did say that Washington would “certainly look to hold any future German governments accountable for the commitments that they have made”.

Germany also agreed to press for a ten-year extension of the current gas transit agreement between Russia and Ukraine. It expires in 2024 and represents a significant source of income for Ukraine. Additionally, Germany is to pay at least 175 million dollars into the Green Fund for Ukraine, which was set up to strengthen the country’s energy independence.