Germany calls for Western unity in cold war with China 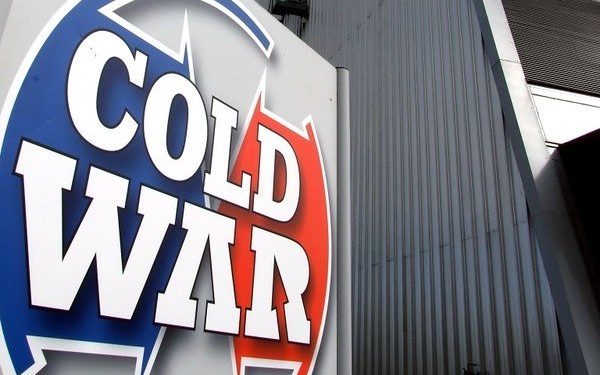 Germany’s Coordinator of Transatlantic Cooperation at the Federal Foreign Office Peter Beyer has stressed the importance of a unified Western approach in the cold war with China, RFI reported today, Monday.

Beyer pointed out that Europe and the US need to face up to the new cold war with China as one, regardless of who might sit in the White House, because of their shared interests in securing a common outcome of mutual benefit. Beyer pointed out that the cold war between the US and China was already underway and that it was likely to shape this century. The re-election of US President Donald Trump would hardly cause the West to implode, he suggested, even though he surmised that cooperation between Berlin and Washington might run more smoothly were Democratic presidential nominee Joe Biden elected.

Beyer itemised how the US had taught the West the values of freedom, democracy, peace and prosperity,  in stark contrast to the example of a Chinese dictatorship that showed no respect for essential rights and freedoms, installed digital surveillance of its population, and abused the rights of the people of Hong Kong, the Uyghur people and others.

Beyer acknowledged that President Trump had criticized Germany for what he perceived as its lack of commitment and support to NATO and its budget. Therefore, it was vital that Germany should step up its game in this regard, given that Berlin does not want NATO to become obsolete, and sees the need to stick to its pledges to increase defence spending. Germany had neglected its US ties on occasion over the past decade, he admitted, and should bear some responsibility for any estrangement between them. Nonetheless, polls show Germany and Germans remain very popular with a majority of Americans, Beyer stated, and this is a good basis for rekindling the relationship.

Rudd opined that too few democratic governments take a disciplined intellectual approach to understanding the Chinese Government’s primary interests and how it pursues its goals. China, on the other hand, is deeply familiar with the West’s intentions and its strategies for achieving them. This is why, Rudd stressed, it is important that the West take common measures to protect vital national institutions, including digital networks. Beijing, he pointed out, has already taken a range of protective measures against foreign influence.

US Under Secretary of State Keith Krach at talks with German officials in Berlin last week, urged them to exclude Chinese Huawei from the country’s 5G network. He warned that Huawei is the backbone of the Chinese Communist Party (CCP) surveillance system and that adopting it would add to the threat Germany faces from Beijing. In assuring his audience that Washington would respect whatever decision Germany might arrive at, Krach did not elicit assurances that Germany would exclude Huawei from its 5G network.

Additional to the US warnings, Germany’s Chancellor Angela Merkel has been cautioned strongly by her own intelligence services about Huawei’s ties to the CCP and the inherent risk its would present to Germany’s information security.