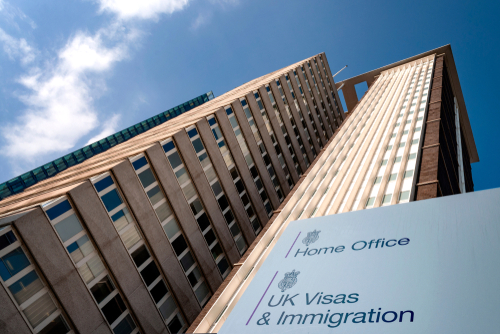 The impact of successive UK immigration policies since 2007 have meant more unfair deportations and unnecessary detention periods that are tearing families apart, according to two new reports.

London (Brussels Morning) The UK’s harsh immigration environment and deportation policies have raised concern from as high up as the UN and as the Windrush scandal began to emerge from 2017. But the impact of deportation reaches far beyond the person being deported. Researchers from two organisations say that these policies have severe implications for the family life of the person subject to removal and form a “national scandal” uncovered.

Since then, immigration law has evolved, making appeal processes difficult and separating parent and child or partners for extended periods.

Despite the endemic ‘unfairness’ of deporting people who have often lived their whole lives in Britain, instances of which have been well-reported, the prevailing rule also means there is a burden on the deportee to provide evidence that any harm caused to the children is ‘excessively cruel’. This benchmark has proven challenging to reach as it means some harm or disruption is expected and deemed acceptable.

Experience has shown it is exceedingly difficult to succeed in a deportation case but the 2007 legislation made it even more difficult, explained Sonali Naik QC, senior public law and immigration practitioner at Garden Court Chambers, at the report’s launch. Still, even then, the law could be worked with, particularly in enacting the ‘best interests of the child’ threshold in 2009 into domestic law. Later legislation turned the page on that, however.

“The 2014 Immigration Act introduced a statutory public interest argument that it is in the public interest to deport people unless it is unduly harsh on the child”, said Naik.

In many cases, documented by BiD, the Home Office has used this rule to override its responsibility to ensure the child’s best interests.

An obligation to safeguard and promote the welfare of children is enshrined in section 55 of the Borders, Citizenship and Immigration act 2009, Article 24 of the Charter of Fundamental Rights and Articles 3, 9 and 12 of the UN Convention on the Rights of the Child.

However, the report found that “although the policies clearly place a burden of enquiry on the Home Office, we rarely encounter cases where the Home Office has made such meaningful enquiries to ascertain the best interests of a child. Alarmingly, the Home Office does not even monitor how many parents are separated from their children through detention and deportation policies”.

Many of the interviewees described their whole family having to cope with the stress of fighting deportation. In some cases, people are awaiting decisions around deportation; in other cases, they are detained pending a final decision. There are many cases where detention occurs without the final deportation going ahead.

This uncertainty leaves family members stressed and anxious. In one interview, one father, Ali, described to BiD researchers how his daughters had developed anxiety:

Another father, Antonio, described how his children struggled to cope and that his daughter had attempted suicide:

“My daughter was thinking of harming herself, killing herself, because I’m in detention and she can’t see me because we’re close. She tried to kill herself using gases.”

Such serious consequences for children were at odds, said the report, with the casual language adopted in Home Office communication, e.g., some letters concluded, “There is no evidence of your child’s emotional dependency on you”, or, you can “maintain the parental relationship with the children from abroad via modern methods of communication such as telephone, email or letter”.

Decisions such as these are also often taken without the informed view of the child.

The harm being caused to families is a “national scandal that’s being overlooked”, said BiD Research and Policy Coordinator and report author Rudy Schulkind.

Aside from personal testimonies, expert opinion, included in the report, found that forcibly and permanently separating children from a parent also had severe consequences for a child’s wellbeing and long-term development.

Barriers to access to justice that make fighting cases harder are caused by the removal of legal aid for most types of immigration cases by 2012 legislation and an increasingly complex legal environment through which individuals have to navigate, sometimes by themselves due to the expense of private representation.

“Deportation parents are thrown into this really harsh and adversarial system and are again the Home Ofifce’s potentially limitless resources, but they don’t even have access to legal aid”, said Schulkind.

The reports of BiD’s findings were reinforced by a corresponding study, Deportability and the Family, by the University of Birmingham, where researchers looked at the intersection of family life with the UK’s immigration policy framework and ascertained similar conclusions. That is, having a precarious immigration status could have extreme impacts on relationships and families and various elements of people’s lives, including career, identity and mental health.

The impacts can be “high and long-lasting” when it comes to the harm done to children, says the report:

“A parent’s precarious immigration status (particularly when resulting in separation, forced unemployment or damaged mental health) causes children emotional, behavioural and educational harm and can diminish their sense of Britishness. Parents worry about the future repercussions of their children’s anger at the British authorities”.

The system also penalises British citizens for being associated with ‘foreigners’, said Dr. Melanie Griffiths, Birmingham Fellow and report author. When people aren’t allowed to work or claim benefits and then their partner’s benefits could also be impacted, she said. The relationships between them are also scrutinised to the point of being considered opportunistic or fictitious and if genuine, sacrificial to the public interest, she added.

Ace Ruele, a British actor and father, is currently fighting to remain in the UK and has been vocal about his experience with the immigration courts. He explained how he served around half of his eight-year sentence for firearm possession at the age of 19 from 2007 and had since built a career with a track record of charity work.

However, a succession of attempts by the Home Office to deport him had continued since his release in 2012 when he learned for the first time that because his mother arrived in the UK after 1983, Ruele, who had always considered himself a British citizen, was legally a Jamaican national. He was told he had indefinite leave to remain but later, the Home Office sought to change this to a limited leave status.

A judge in 2016 gave Ruele credit for his life choices since being released and saw no reason for indefinite leave to be removed. It was “two and half years after my [last] deportation case. So it was like, why are you troubling me”, he said, “The only reason is to apply more pressure, mentally”.

A subsequent judge took a different view and even questioned Ruele’s “claims to family ties” before revoking his status.

The reports’ recommendations have iterated the need to overhaul the legislative framework around deportation completely and to centre the ‘best interests of the child’ and human rights articles. BiD also recommends reinstating legal aid for immigration cases and ensuring access to quality immigration advice, reforming best interest assessments and facilitating access to expert reports to assess and evidence the best interests of children without prohibitive costs attached.

Birmingham University, among its many reflections, said decision-makers should acknowledge and recognise the impact of the immigration policy ecosystem on family ties and relationship-building. At the same time, 2012 interpretations of Article 8 protections had made it even more difficult to fight deportation cases on the basis of the right to family and private life.

Those Article 8 reforms took place in 2012, which was a significant year for immigration policy. Operation Nexus, for example, saw greater policing around nationality and immigration status of people in custody and intelligence-led deportation cases made around police contact and ‘criminal character’ indicators. Further changes included making appeals more difficult, not least by reducing the scope of legal aid.

It’s the reconciling of the best interests of the child and public interest arguments that seem most counter-intuitive.

The Supreme Court has already provided jurisprudence on the importance of family life to children, argues Naik, referring to the 2011 landmark ruling that children’s best interests are primary.