by David Lega
in Features, Opinion 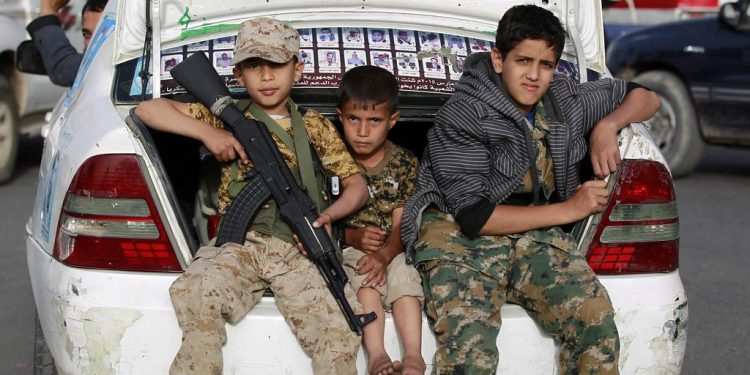 The situation of children in Yemen – similar to other conflict-affected areas across the globe – is especially alarming, given that they are exposed to grave violations of their human rights, including maiming, military recruitment, sexual abuse and exploitation, as well as being subject to rape as a weapon of war.

Stockholm (Brussels Morning) Yemen has been shattered by a protracted civil war involving multiple forces, among them non-State armed groups such as the Houthis, Al-Qaida in the Arabian Peninsula/Ansar al-Sharia, pro-government militias including the Salafists and the popular committees. Other armed actors are the Security Belt Forces, the government forces, including the Yemeni Armed Forces, and the Coalition to Support Legitimacy in Yemen.

According to the United Nations report on Children and armed conflict, there have been 4,042 verified grave violations against 2,159 children (1,708 boys and 451 girls). The report also cites the recruitment of 686 children (643 boys, 43 girls) by the Houthis/Ansar Allah (formerly the Houthis, with 482 violations) and a total of 136 violations by the Yemeni armed forces. Other listed violations include the Security Belt Forces (41 violations against children), Shabwani Elite Forces (14 recorded violations), and unidentified armed elements (7 violations). The report also names a Salafist armed group and the Hirak Southern Movement as having contributed to the abuse of children in the armed conflict..

As Co-Chair of the European Parliament Intergroup on Children’s Rights, as well as being a full member of both the Foreign Affairs and the Human Rights’ Committees, I monitor the situation of children in armed conflicts in general, a grim responsibility in itself, but I am appalled by the news of the grave human rights violations against children in Yemen.

The Intergroup on Children’s Rights has strongly supported EU-funded projects, such as Education in Emergencies, as well as supporting the #NoLostGeneration campaign to highlight the horrors suffered by children in conflict-affected areas around the world such as Yemen.

In May 2019, the Intergroup on Children’s Rights signed a Memorandum of Understanding with the UN Special Representative of the Secretary-General on children and armed conflicts, SRSG. Virginia Gamba, to join forces in the fight against the military deployment of minors across the world and to strengthen a coordinated global response to these heinous crimes. I personally had a follow-up meeting with SRSG Gamba and discussed the way forward for our mutual cause.

Access to education in conflict-affected areas in the world is essential to ensure we avoid having a lost generation. Many children in Yemen have known nothing but war since they were born. Children should go to school, not to war. Children should play with their peers, not shoot a gun. Access to schools gives children in conflict-affected areas a sense of normality and keeps them safe. For example, girls denied access to schooling are more exposed to child marriage and other forms of violence.

I therefore urge all the parties involved in the conflict in Yemen to fully respect humanitarian and international laws, and to take due account of the fact that civilians, hospitals and schools are not to be targeted.

EU has a major role to play

Humanitarian agencies and the UN are delivering life-saving aid to children living in what is the world’s biggest humanitarian crisis, one in which children pay the highest toll. These children have the right to be safe in their hospitals, schools and homes. Children are entitled to protection wherever they are.

The EU has a major role to play to reinforce this and to highlight the human rights violations perpetrated against children, including the indiscriminate violence that has life-long consequences for their wellbeing. It is important not to forget the significant role diplomacy can play in achieving this. A case in point is the role of the EEAS in advancing the Children And Armed Conflicts (CAAC) agenda in human rights discussions and fora.

The resolution addresses the specific needs of children in conflict countries and offers clear recommendations for EU Member States to enact and promote in order to protect children in conflict-affected areas. Children in such conflict zones should not suffer the consequences of decisions made by adults. They should be given a real chance to thrive and reach their full potential.