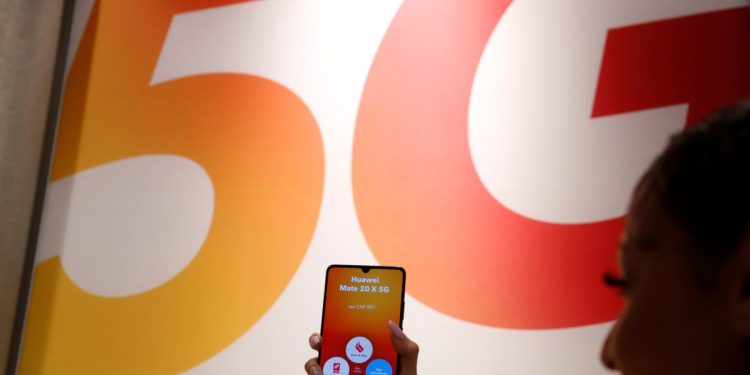 Brussels (Brussels Morning) Bulgaria has joined a number of EU member states in signing the US Clean Network Initiative that seeks to exclude Chinese network equipment vendors such as Huawei and ZTE from national 5G networks, DW reported yesterday, Sunday.

The US is concerned that Huawei presents a threat to its national security and that of its allies, and has warned that Huawei has been using its technology to spy on behalf of the Chinese Communist Party (CCP). The CCP rejects the accusation, which it claims is motivated by US’ commercial interests.

Last week, Bulgaria joined its Balkan neighbours Kosovo, North Macedonia, Slovenia and Slovakia in signing the 5G security agreement with the US. Other signatories include Denmark, Greece, Estonia, Latvia, Poland, Romania, Sweden and the Czech Republic. Italy and the UK have banned Huawei from their respective 5G networks, with France, Germany, Portugal, Spain, Switzerland and the Netherlands expected to follow suit.

While 5G has not yet been launched commercially in Bulgaria, A1 Bulgaria, Telenor and Vivacom are preparing to launch the service in the next year or so. Bulgarian Prime Minister Boyko Borissov did not say whether the agreement with the US would limit the choice of network equipment vendors for telecom operators. Nokia, Alcatel and Huawei have indicated their interest in building the country’s 5G infrastructure.

Bulgaria is the poorest EU member state, with per capita GDP of some Euros 8,560, approximately 20% lower compared to Greece. According to Transparency International (TI), it has the highest level of corruption susceptibility in the EU. The EU’s concerns include the lack of accountability of the country’s prosecutor general, judicial independence, the impartiality of the anti-corruption body and the independence of the media.

Institute of Central Europe analyst Jan Muś pointed out that Bulgaria’s decision is an outcome of US Secretary of State Mike Pompeo’s recent European tour, noting that Washington offered each country economic and political deals. He stressed that all countries in the region want an alliance with the US.

Bulgarian opposition MP Georgi Kadiev pointed out that neither 5G nor Huawei are a factor in Bulgaria’s ongoing political turmoil, in noting that anti-government protests are a daily occurrence and that elections are about six months away. He speculated that the government signed the deal in order to avoid questions about corruption and other sensitive issues.