Québec’s energy transition: proving that sub-national actors can have a “big” impact

by Pierre-Luc Desgagné
in Opinion 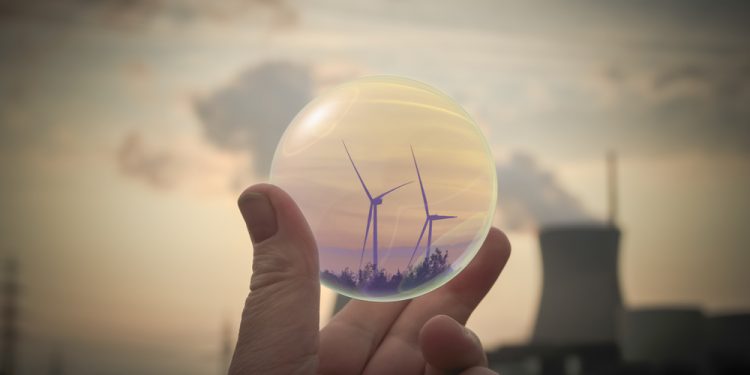 Brussels (Brussels Morning) European Commission President Ursula von der Leyen said during her State of the Union address last September that the European Green Deal “is about making systemic modernisation across our economy, society and industry”, and underscored that “this can only be achieved if we all do it together”.

She touched on an important point: the success of the Green transition depends to a large extent on the active engagement of all levels of governance: national, regional and local.

We all agree that we are at a turning point and we need radical change. But for meaningful change to occur, we need everyone to chip in — governments, businesses and citizens. It is one of the core principles of the European Green Deal, which Québec wholeheartedly endorses.

It is worth highlighting that we need policies adopted at every level of decision-making but the biggest impact if often felt at the regional and sub-national levels on citizens’ everyday lives, especially when it comes to green ambitions. Just think about public transportation, charging infrastructure for electric vehicles, waste and recycling, and the list goes on.

As one of the most active sub-national jurisdictions in the fight against climate change, Québec shares many ambitions with the EU and can be a partner to reach those goals.

Québec made a defining choice that would guide its path toward a green future when it decided to invest massively in the development of hydropower generation. Today, hydropower, together with wind power, makes up over 99% of our energy mix, favorably comparable to Iceland and Norway in terms of percentage.

Having such an enviable electricity mix is an achievement we can be proud of, and it constitutes the primary building block for our actions and innovations to fight climate change.

Indeed, green and affordable electricity has enabled us to develop one of the strongest markets for electric vehicles in North America, second only to California. While financial incentives from the government are helping to push consumer demand for electric or hybrid passenger vehicles, investments in research and development are driving innovation in other types of transport.

Several companies in Québec are pioneering green technologies for public buses, maritime transport and leisure vehicles such as motorcycles and snowmobiles.

Hydroelectricity is also used to allow us to take on a leading role in the production of green hydrogen, which is strategic for reducing GHG emissions in other hard-to-decarbonise sectors like industry, inter-city passenger transport and heating and cooling large buildings.

Hydrogen technology has made incredible progress in the last few years and the latest developments are truly promising. Last December, Québec’s main electricity provider, Hydro-Québec, announced the construction of an electrolyser facility with a capacity of about 90 MW, making it one of the most powerful electrolysers in the world to produce green hydrogen.

The water electrolysis plant, to be built in Varennes, near Montréal, will supply green hydrogen and oxygen to the Recyclage Carbone Varennes (RCV) plant project, which will transform non-recyclable waste into biofuels, providing an alternative to landfill.

With an annual output of just under 3,000 tons of hydrogen, this new production unit will significantly reduce carbon intensity compared to the traditional hydrogen production process, representing a reduction of nearly 27,000 tonnes of CO2 emissions per year, equivalent to those of about 10,000 sedan cars.

These are just a few examples of how Québec’s ecosystem plays a leading role in driving the energy transition.

Decarbonisation of all aspects of our economy requires strong ambition and a strategic vision – as set out in the Quebec government’s new Plan for a Green Economy, launched last November. This plan provides the framework to lead Québec toward carbon neutrality by 2050.

Sharing many of the same objectives and ambitions as the EU, Québec is following with great interest the implementation of the European Green Deal and is ready to engage with European partners to make the green transition a success on both sides of the Atlantic.

Québec will also continue to be active in global dialogues to ensure that its efforts and achievements can positively impact and support its partner’s efforts.

While we agree that there is a role for measures such as a carbon border adjustment mechanism to increase global ambition, we believe it is essential that the design of such a mechanism recognizes good players. It is the best way to ensure that climate policies hit close to home.

Let’s not miss this opportunity to work together and lead by example.