Sans-papers have to leave Begijnhofkerk, but not all of them do 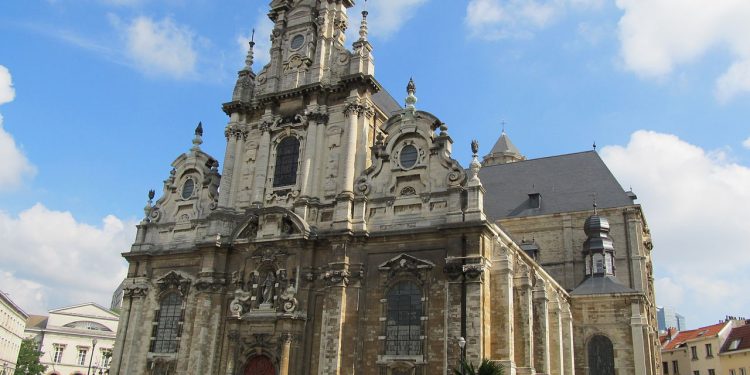 BRUSSELS (Brussels Morning) – The last people who stayed overnight in the Begijnhofkerk have to leave the place on Monday. The struggle of the Union des Sans Papiers pour la Régularisation (USPR) to obtain residence documents for the occupiers seems to have fizzled out. Still, a few are determined to revive the protest movement. They did not leave the church Monday evening.

A whole history precedes the decision of House of Compassion (the themed church of priest Daniel Alliët) to engage a bailiff. In early 2021, a group of undocumented migrants united in the Union des Sans-Papiers pour la Régularisation (USPR) occupied the church for political action.

In the summer of 2021, 475 people reinforced their demand for clear criteria for regularisation with a hunger strike. They were not only located in the Begijnhof Church, but also at the universities of ULB and VUB. The action was ended after talks with Secretary of State for Asylum and Migration Sammy Mahdi (CD&V). During those conversations, according to the USPR criteria, integration or school-age children were discussed. These should lead to regularisation.

According to priest Alliët it was not possible to continue the occupation of the church. The church factory exerted pressure to end the occupation and was also proved right by the justice of the peace. After the performance of some works in the church, it will reopen to the public. House of Compassion and partner organisations will organise lectures, exhibitions and other activities around various social themes.

“Continuing the occupation will not help anyone. It makes no sense,” Alliët said on Monday evening as he tried to convince the last undocumented migrants in the church to leave. That did not work. Twenty to forty people have decided to stay overnight in the church. “I’m not going to put them out but from Tuesday the church factory can send the police,” said the priest.

It is not yet clear what will happen to the Union des Sans-Papiers movement after the eviction of the church. A few dozen people are also staying at the See U site in Ixelles. “They are waiting for the answers to their regularisation application. Will they return, or will they stay? It will take time to see what they are going to do. The spokespersons for the movement are also waiting for the time being,” said USPR spokesman Mohamed Alex.

“We are going to try to revive the movement,” Ahmed, one of the other USPR spokespersons, told the Beguinage Church. “There are people who are going to stay tonight. We hope that other ex-hunger strikers will also come to church in the coming days to continue our movement.”

In January, the church factory already announced that the occupation of the Beguinage Church would end. The campaign had been reduced to ‘pure reception’, it said and the church is not really suitable for that. The occupation was tolerated for so long because the House of Compassion recognised the demand from the occupiers for dignified work and living. In addition, the Christian organisation believed that the activists had a chance to put the “inhumane situation in which they live” “back on the agenda.”