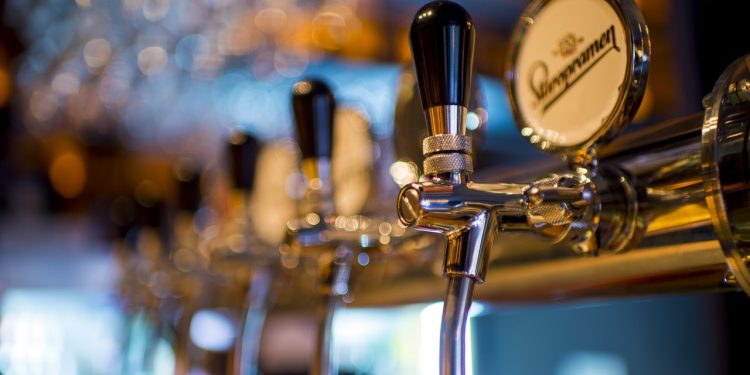 BRUSSELS (Brussels Morning) – The thorough renovation of the Beursgebouw on Beursplein is continuing in a steady manner. The Belgian Beer World visitor centre on Belgian beer culture, which will be located on the top two floors of the Beurs and will open its doors to the people on 1 July of the year 2023.

Since the year 2020, work has been going on on the Beursgebouw. The works will include the Belgian Beer World. The idea to house a billboard for the Belgian beer culture in the Unesco monument was conceived in the year 2012.

“Particularly because the building is a world heritage site and all adjustments could not be made just like that. This fact resulted in the delay in construction of the entire project,” says project leader Krishan Maudgal. He also points out that the environment with commercial and residential buildings does not make it any easier to work around the building.

The costs for the project are mainly borne by the City of Brussels. Among the investors in the project are five largest breweries in Belgium. But in order to correctly represent the Belgian beer culture, they also work with 103 small beer companies. They contribute 5 million euros to the project.

The project now has a price tag of more than 50 million. Initially when the renovation was proposed in the year 2019, it was only about 43 million. Philippe Close (PS), the Mayor,  defends this increase in the estimated cost and points out that the prices of raw material  have been ever rising.

The beer museum is planned to be on the top two floors of the building. It is also to become the main tourist attraction. There is an expectation of about 400,000 visitors in a year.