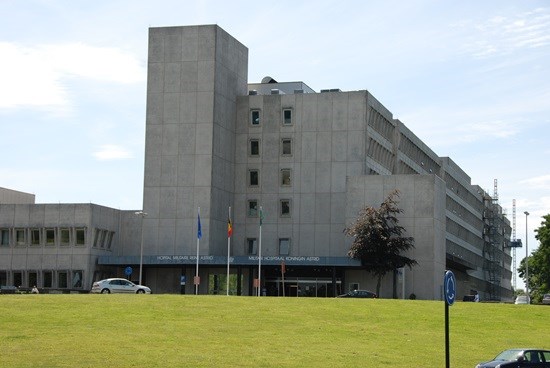 BRUSSELS (Brussels Morning) – The burns centre of the military hospital in Neder-Over-Heembeek is ready to receive Ukrainian victims of the war. This is reported by the press service of the Ministry of Defence.

After the National Security Council on Thursday, Prime Minister Alexander De Croo (Open VLD) said that the country would offer support on Ukrainian demand. Among other things, Belgium would offer to transfer soldiers and civilians with severe burns from Ukraine to the military hospital in Neder-Over-Heembeek.

They would then continue to be cared for in the military hospital or transferred from there to other hospitals.

“We have not opened a special department, but the burn centre is ready in case it is decided to transfer victims. We will make sure beds are available.”

The Ministry of Defense specifies that probably not only victims will be received in Belgium. “That may also happen elsewhere in Europe. But the burns centre of Neder-Over-Heembeek is renowned in Europe,” it said.

The Antwerp burns centre of the ZNA Stuivenberg Hospital made a similar offer claiming that it is ready to receive Ukrainian victims. It reports this after Prime Minister Alexander De Croo (Open VLD) offered the aid of our country to Ukraine. The hospital has Ukrainian and Russian interpreters in-house and the necessary medical expertise.

Every year the burns centre at ZNA Stuivenberg helps about 200 patients. Of the 10 beds, it will now reserve 3 beds for people transferred from Ukraine. “In the past we have also helped with various disasters at home and abroad. In this case we can offer people who would come over from Ukraine the necessary help and expertise with burns and other traumas,” said spokesman Tom Van De Vreken.

The centre in the Stuivenberg Hospital is internationally renowned. “We also cared for patients there with the attacks in Brussels and Zaventem or with the gas disaster in Gellingen. We have various specialists in house around the clock to help victims, even with multiple combined traumas,” continues Van De Vreken.

“For example, it is possible that several organ systems have been affected, comparable to a traffic accident in which you have severe burns, but perhaps also a skull fracture and a ruptured spleen. This requires the commitment of various specialists and we can offer them.”