Backwards and forwards on abortion in Europe 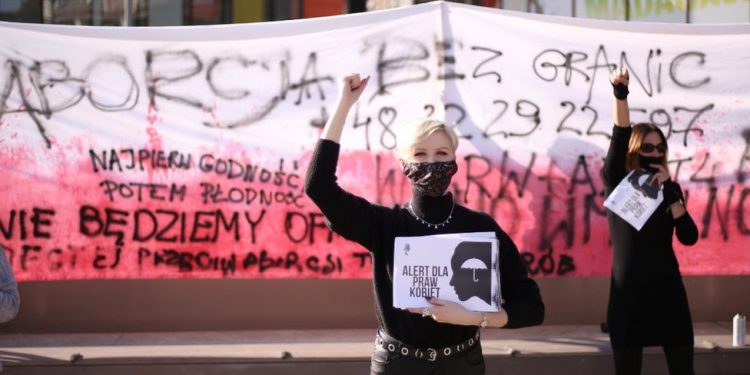 Brussels (Brussels Morning)  The corona crisis has had a deep impact on public health in general but especially in some countries in Eastern Europe where the tendency has been to lean towards restricting access to abortion, as evidenced by the decision to declare abortion unconstitutional in case of foetal defects by Poland’s constitutional court.

In other countries in Western Europe, laws governing abortion have been relaxed in response to COVID-19 and its impact on the provision of regular healthcare.

On 12 October, the Committee on Women’s Rights and Gender Equality (FEMM) held a workshop on Women’s access to abortion care in the EU. MEPs and experts from academia and NGOs discussed the legal and practical aspects of abortion in the EU countries.

Fred Matić (S&D) advocated sexual and reproductive health rights (SRHR) services, saying: “When we talk about the legislative framework on abortion, we have to emphasize the fact that legal restrictions on abortion do not result in fewer abortions, instead they compel women to risk their lives and health by seeking out unsafe abortion care. We must ensure access to a full range of SRHR services, including abortion, contraception, sexuality education and prevention and protection from sexual violence.”

The right to abortion is related to the wider spectrum of SRHR, which is also essential for achieving gender equality and promoting women’s rights. Such rights empower women to make autonomous decisions about their own bodies and sexuality and guarantee their health, dignity and safety.

The issue of abortion legislation in Europe has been in the spotlight for several reasons. There are still barriers to abortion in some Member States, including complete bans on abortion in a few such as Malta, San Marino and the Vatican City.

Other issues range from conscientious objection among some healthcare practitioners and mandatory waiting periods in some countries to total bans on abortion information. To make matters worse, the ongoing COVID-19 pandemic has made access to SRHR services more difficult.

These are essentially the reasons that led experts to make recommendations to ensure respect for SRHR, such as guaranteed access to medical abortion, legal regulation of conscientious objection, removal of the mandatory waiting period, and protection of women’s integrity when requesting an abortion.

In most European countries, abortion is permitted at the request of the pregnant woman without restrictions. Exceptions include instances where there are restrictions based on how many weeks a woman has been pregnant or when parental consent may be required for girls under a certain age limit.

These restrictions apply to an individual’s right to sexual and reproductive healthcare services in Belgium, Estonia, France, Italy, Norway, Spain, Sweden, Portugal, and the Balkans. Yet there are still countries where this right is not granted at all, other than in cases of particular hardship. A case in point is that of Poland, where the newly amended law permits abortion only if there is a threat to the life of the mother or if the pregnancy is the result of rape.

At the Brussels workshop last week, Professor Ivana Tucak outlined how women in countries with strict abortion regimes such as Poland face significant challenges: “Although women’s right to abortion is protected in some ways, since they have a right to information about foreign providers of abortion, and freedom of travel, such an arrangement still represents a blow to their dignity and human rights. Such regimes are also a clear example of discrimination based on an individual’s social status, as low-income women cannot afford such travel.”

Despite the rise of conservative and pro-life forces, a certain degree of liberalisation of abortion legislation in Europe has gained traction in the last two years. In 2018, Cyprus and Ireland allowed abortions up until 12 weeks of gestation.

Belgium has partially decriminalised abortion with a view to complete decriminalisation and has considered extending the limit for allowing abortion to 18 gestational weeks. France is committed to expanding its network of reproductive health service providers and Spain is moving towards the abolition of parental consent for girls aged 16.

Some countries consider abortion an essential health service that must be provided even in times of crisis. France, for instance, has opted for medical abortion whereby women are given medication as an out-patient service.

However, there are signs that the strains put on public health care due to the coronavirus pandemic are being exploited by those who are trying to impose further restrictions on abortion and SRHR services.

Like Poland, Slovakia has introduced procedural limitations to abortion rights, extending the mandatory timeframe for “reflection” prior to the procedure, creating further “consent” conditionalities that limit choice, and limiting the information healthcare professionals can disclose to women.

Poland, despite having one of the strictest abortion laws in Europe, has referred an old bill to Parliament that aims at withdrawing one of the few exceptions that allow abortion: the right to abortion in the event of a serious malformation of the foetus.

In spite of the pandemic and the strengthening of anti-choice movements, MEP Fred Matić (S&D) stated that there is reason for optimism: “There is enough strength in the European Parliament and we as the progressive MEPs will always stand behind you and fight, because we know, abortion is never an easy choice but it must remain a choice!”