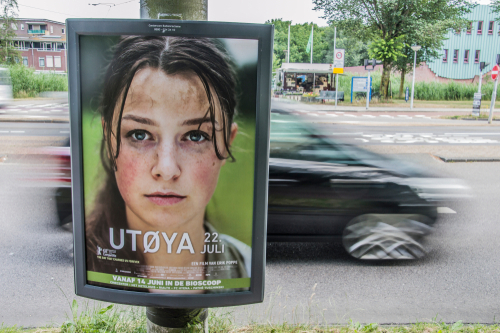 Brussels (Brussels Morning) Right-wing extremist Anders Breivik was scheduled to ask a court for parole on Tuesday, after spending ten years in prison for murdering 77 people in January 2012. He was sentenced to 21 years in prison, with possibility of parole after 10, but also with the option to extend his incarceration indefinitely as long as he’s assessed to remain a threat to society.

Breivik killed eight people on 22 July 2012 by setting off a truck bomb near the government offices the country’s capital Oslo, then proceeded to kill 69 further victims, mostly teenagers attending a summer camp for the left-wing Labour party’s youth wing on the island of Utøya.

Just before the attacks, Breivik published a manifesto outlining his political views, later saying he killed his victims because they “embraced multiculturalism”.

His critics stress that he has used all of his court appearances as a platform to further promote his political belief, a scenario they expect to be repeated during today’s hearing, which is widely expected to conclude with Breivik being denied parole.

Breivik claims he has now renounced violence, comparing himself to the South African political leader Nelson Mandela and saying he has transitioned away from armed conflict to the political fight. His critics are quick to point out that, unlike Mandela, Breivik never expressed remorse for his killings.

Oslo University’s head of the Centre for Research on Extremism, Tore Bjorgo, maintains that Breiving has not become any less of an extremist from an ideological standpoint. “He now presents himself as a National Socialist and even though he says that as far as he is concerned the armed fight is a phase of the past, he has in no way distanced himself from the mass killing he committed and which he considers totally legitimate”, Bjorgo observed.