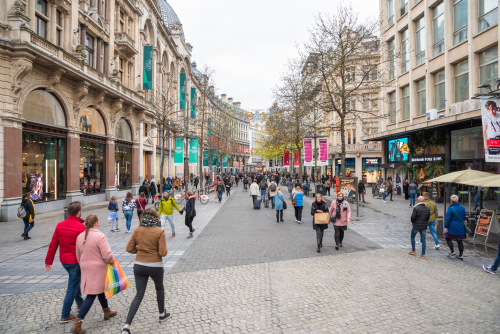 In 2019, a large part of the Chaussée d’Ixelles and some bordering roads became a “limited access zone” (ZAL). Since then, between 7 AM and 7 PM, only public transport and vehicles with a derogation granted by parking Brussels are authorised to drive there. Motorists who decide to enter the area anyway are flashed by cameras equipped with a plate recognition system.

Since the beginning of this measure, the number of tickets issued has clearly not decreased. “In 2021, we recorded the passage of 90,000 flashed cars. The 2019 record, 87,000 offences, has therefore been beaten”, explains Bertrand de Buisseret, the municipal sanctioning official, to La Capitale. Compared to 2020 (45,000), a year marked by confinements, it is twice as many.

Difficult to explain the phenomenon

According to the sanctioning official from Ixelles, it is difficult to clearly explain this phenomenon, but he puts forward two hypotheses. First, “during the first two years, we had a lot of offences on rue Francart, access to which was only authorised to access a car park. But this car park was removed in December 2020 and the signs announcing that the car park was accessible have been removed”. Second, “people aren’t used to this type of area. From a traffic law point of view, everything is well signposted, but people don’t read the signs”.

For his part, the alderman for the mobility of Ixelles, Yves Rouyet (Ecolo) believes that “some offenders do not realise that with the cameras, they have a 100% chance of being caught! In addition, we carried out an evaluation a year ago of the traffic plan for the north of Ixelles. And we have to make some adjustments, given the increase in traffic recorded on Avenue du Champ de Mars and Rue de Hennin in particular. We are also going to extend the ZAL this year to Keyenveld Street, which is already almost configured as a pedestrian zone”.