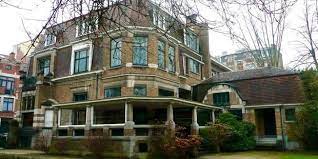 Brussels (Brussels Morning) State Secretary for Urban Planning Pascal Smet (One.brussels-Vooruit) will submit the protection of the entire garden of Villa Dewin in Vorst to the Brussels government, claims one report by BRUZZ. A neighborhood committee had submitted a new application for this, containing new elements. The garden was threatened by plans to build an apartment building.

Local residents, united in the citizen collective Constantin Meunier, have been arguing for years for the preservation of Villa Dewin in Meyerbeer Straat in Vorst. Part of the accompanying garden has been threatened by a new construction project since 2016. That year, the villa, designed by Jean-Baptiste Dewin, was listed, as was part of the garden. Attempts to have the entire garden protected were always in vain.

“The Region’s heritage service came to the same conclusion as before. There were no additional elements to justify inclusion on the Brussels save list,” said State Secretary for Urban Planning and Heritage Pascal Smet (One.brussels-Vooruit) after the last application was rejected by the municipality of Forest. In July last year, the Constantin Meunier neighborhood committee submitted an application for full protection of the garden. This time, the competent State Secretary does respond positively.

“The administration and the Royal Commission for Monuments and Landscapes have issued new advice based on elements that have been added to the file,” said Smet’s spokesperson. “On the basis of that advice, the Secretary of State will defend the full classification of the garden and submit it to the government.”

The most decisive element in classifying the garden is that there is a good chance that Jean-Baptiste Dewin also designed the garden himself. That is what the Constantin Meunier district committee says on the basis of aerial photographs from 1935 and calculations based on the dimensions of the entire garden. “Mathematically, the dimensions of the garden show that it was designed on the basis of the golden ratio. Those perfect proportions disappear as soon as you arbitrarily divide the garden in two, as happened with the classification of a part of the garden in 2016,” the district committee writes in its application.

“The villa was also created according to the golden ratio”, it continues. “Given the mathematical relationships, which are unusual for this type of establishment, it is likely that Jean-Baptiste Dewin is the architect.”