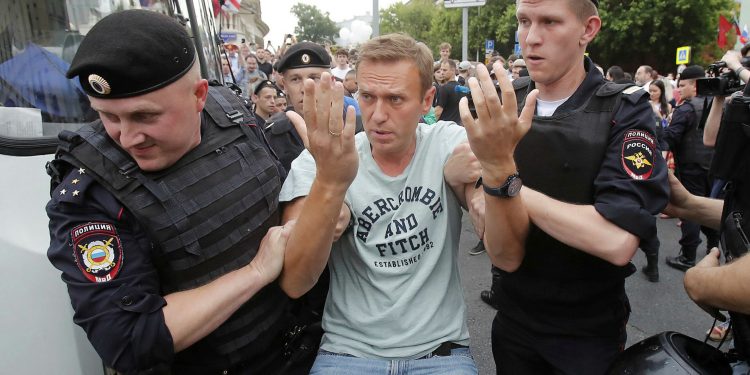 The German Presidency is already facing several crises that are happening outside Europe but are affecting the Union politically. One of those is the poisoning of Russian opposition politician Alexei Navalny, an incident that has ramped up the already tense relations between Brussels and the Kremlin.

Alexei Navalny was en route to Germany in August 2020 when, he fell ill . Germany now claims there is “unequivocal proof” that Navalny’s poisoning was with a Novichok nerve agent. Chancellor Angela Merkel stated unequivocally that the Russian opposition leader was the target of an attempted murder and that the world should look to Russia for answers. She underlined that the results of toxilogical tests carried out as part of the investigation had been communicated to Germany’s NATO and EU partners and that a common and appropriate response would ensue.

While the Kremlin initiated a full round of talks with Berlin, its foreign ministry spokeswoman Maria Zakharova was already attempting to undermine the credibility of Berlin’s assertions, refuting the evidence that pointed to the use of a Novichok agent.

“Where are the facts, where are the formulas, at least some kind of information?”, she demanded rhetorically. She suggested that the question international observers should be asking is ‘’why Alexei Navalny is not in jail.’’

Navalny has described Putin’s United Russia ruling party as a place of “crooks and thieves.” He has accused the Russian President of feeding a system that is “sucking the blood out of Russia” and has vowed to destroy the “feudal state.” Navalny has led nationwide protests against the authorities but so far has proved unable to offer a credible threat to Mr. Putin at the ballot box.

Because he was convicted for embezzlement in 2017, Navalny is barred from running for office. As a result, his candidacy in 2018 was revoked. Navalny vehemently denies the accusations, claiming his embroilment in the case was the work of the Kremlin. However,  he has been systematically targeted by the pro-Kremlin press , which has mobilised a counter-offensive campaign against him. Typical of the smear campaign is the mooted speculation that”the blogger” poisoned himself thanks to drink and pills, suggesting that the signature toxin was never in his system, and that reports to the contrary bear the signature of yet another Western plot against Russia.

Between civic activism and political violence

Navalny’s case is not the first of its kind in Russia. Opposition leader Boris Nemtsov was assassinated in February 2015 near the Kremlin, and five years later the motive for this contract-killing remain unclear.

Nemtsov’s political career underwent many transformations. He made a name for himself in the 1990s as one of the “young reformers” without a communist background. President Boris Yeltsin appointed Nemtsov Governor of the Nizhny Novgorod in 1991; at the time, he was 32 and the youngest governor in post-Soviet Russia.

In a region that had been isolated because of its military production sites, Nemtsov introduced liberal reforms that were later considered exemplary by the central government. At 36, he became deputy prime minister, and many believed he would succeed Yeltsin as President. Instead, Vladimir Putin became president in 2000. At first, Nemtsov sought to cooperate with Putin. However, soon he formed the Union of Right Forces and went into opposition.

Prosecutors have charged the Chechen gunman Zaur Dadayev with Nemtsov’s assassination, claiming he fired six shots at him before fleeing the scene with two accomplices, Anzor Gubashev and Beslan Shavanov. Three other accomplices — Shadid Gubashev, Temirlan Eskerkhanov, and Khamzat Bakhayev — are also linked to the crime, accused of helping with Nemtsov’s surveillance. Shavanov committed suicide with a hand grenade while in detention.

What remains unclear is who ordered the assassination. Prosecutors point to Ruslan Mukhudinov, a prominent Chechen military officer, who is said to been contracted to carry out the killing for $250,000. Still, the motive remains unclear. Mukhudinov’s commander and deputy head of a Chechen military regiment, Ruslan Geremeyev, has since found refuge in the United Arab Emirates and has never been questioned.

There are other examples of cases involving the suppression of Kremlin critics that have yet to reach closure. The assassination of journalist Anna Politkovskaya in 2006 is one. Five alleged perpetrators were arrested and convicted. Those who ordered the hit remain in the clear. Politkovskaya investigated human rights abuses in Chechnya. Writing for Novaya Gazeta, she took tremendous personal risks to record and relate stories of indiscriminate bombing and shelling, atrocious mop-up operations by federal forces, brutal killings, disappearances, and the torture of civilians.

Local elections are always a big test for the ruling United Russia Party. An extraordinary 160,000 candidates are running for seats in local parliaments and regional elites are campaigning to become Governors of regions bigger than the average EU member state. Early voting on 11-12 September was permitted by Russia’s electoral commission because of the COVID-19 outbreak.

President Putin’s hold on power is not in question. He is to remain in office until 2036 following a series of controversial constitutional reforms ratified in an equally controversial referendum in July. But the current elections will show which way the political winds are blowing, a telling indicator one year ahead of the national parliamentary elections scheduled for 2021.

Last year, the exclusion of many opposition candidates from local elections triggered mass protests in Moscow. More than 1,000 people were arrested and received sentences of up to four years in prison. Authorities remain heavy-handed and political assassinations send a wider message: opposition can choose to be “constructive” or to not be at all. Russian democracy works for the system. It is not the system.