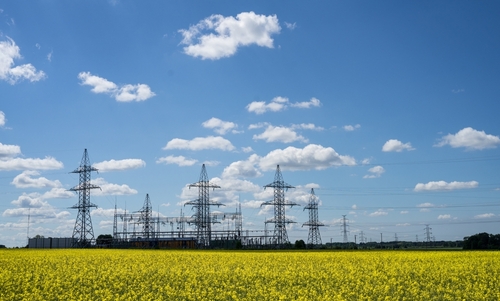 He stressed that the UK is willing to help Ukraine with demining and added that it can provide maritime insurance to help ship the grain out of Ukraine, according to Reuters reporting on Thursday.

Russian aggression is preventing Ukraine from moving millions of tonnes of grain intended for export out of the country, which is driving up food prices.

Johnson visited Rwanda to attend a Commonwealth summit and pointed out that a lot has to be done to resolve the blockade.

He noted that Turkey is attempting to broker negotiations between Russia, Ukraine, and the UK to form a safe corridor through the Black Sea to export Ukrainian grain.

“We are working with the Turks and other European friends and allies to see what we can do,” Johnson pointed out.

Answering to a reporter who asked whether Britain could provide sovereign guarantees for shipping insurance, he stressed that the UK government is examining all options.

“What the UK possibly has to offer, most of all, is expertise when it comes to maritime insurance, and a lot of expertise in moving goods through should we say contested areas of the sea,” Johnson noted.

Also on Thursday, Liz Truss, UK Secretary of State for Foreign, Commonwealth, and Development Affairs, stressed the importance of taking action before the harvest to maintain the food supply.

Western countries have accused Russia of causing the food crisis by preventing Ukraine from exporting its grains, pointing out that Ukraine accounts for roughly 10% of global wheat exports.

The EU noted that Russia’s blockade amounts to a war crime and Ukraine warned that millions could starve without Ukrainian grain.

Russia blames the West for the food crisis, stressing that Western sanctions drove up global food prices and accusing Western countries of spreading lies about the cause of the crisis.

Johnson stressed that many separate factors contribute to the growth of inflation and accused Russian President Vladimir Putin of attempting to hold the world to ransom by blocking the export of Ukrainian grain.

“It is absolutely unconscionable,” he stressed and concluded, “that supply could help people around the world, it could help some of the poorest countries in the world.”