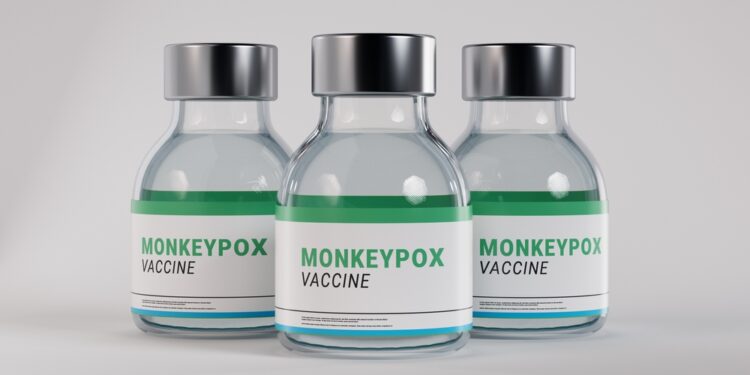 Brussels, (Brussels Morning)- The twelve HIV reference centres in our country have been instructed by the Minister of Health Frank Vandenbroucke to personally invite the people who are in the target groups and to vaccinate “maximum” by the end of next week. It also concerns male sex workers. This week, the first woman in our country became infected with monkeypox.

According to a report by BRUZZ, the minister announced this on Wednesday during a press conference about the state of affairs of the monkey pox epidemic in our country. There is no information about the infected woman yet. At the moment, the epidemic in our country, but also elsewhere in Europe, remains mainly concentrated in men who have sex with men (MSM).

Twelve HIV reference centres across the country are now allowed to provide preventive vaccinations against monkeypox. This includes four centres in Brussels: Sint-Pieterziekenhuis, UZ Brussel, Erasmusziekenhuis and UZ Saint-Luc. The intention is that these centres will invite as many people as possible with an increased risk of the monkeypox virus for a vaccine by the end of next week and that they will also administer it within that period.

These are mostly men with HIV who contracted at least two sexually transmitted infections in the past year. 1,500 are reserved for that group, almost half of the stock. “We assume that these people often have multiple sex partners and therefore also run a higher risk of infection,” the FPS Public Health said during the press conference. “The HIV referral centres have lists of these people and will invite them for a vaccine themselves. We ask that you do not call the centres if you are not eligible, as their phone is currently red-hot.”

In addition, male and transgender sex workers are eligible for a preventive jab. 800 vaccines have been provided for that group throughout the country, but that is a rough estimate, the FPS Public Health emphasized. In order to reach the group as best as possible, four organizations for sex workers will be allowed to organize the vaccination from Thursday. These are Ghapro, Pasop, Alias ​​and Espace P.

Up to now, 300 to 400 vaccines have been administered in our country, Minister Vandenbroucke said. “Within our own Belgian campaign,” he said, because some Belgians have been vaccinated abroad. “We don’t expect it to be easy, certainly not for the group of sex workers, but we do hope to have made significant progress in this very precise target group by the end of next week.”

Finally, 500 vaccines are reserved for people who had a high-risk contact with an infected person. Medical lab personnel who come into direct contact with the virus may also receive a preventative shot. For now, everyone will only receive one vaccine dose. A second dose will follow in the autumn. Those who are a bit older and who have had the smallpox virus in the past are not eligible.