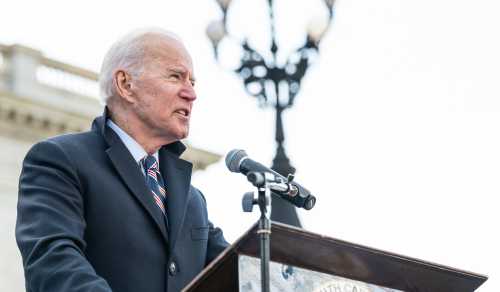 US President Joe Biden and his administration are veering away from the Middle East Peace process because promising peace won’t benefit them, argues Lincoln Mitchell.

New York (Brussels Morning) Most recent American presidents have wrestled, usually with little success, with the longstanding conflict between Israel and the Palestinians. Some, like Donald Trump, Barack Obama and Bill Clinton, have made ending this conflict a top foreign policy priority and failed. Others, like George H.W. Bush, and to a lesser extent his son, have made ending the conflict a lesser priority and also not achieved anything.

Bill Clinton had one high profile success early in his presidency, but what was an historic handshake and agreement at the time, did not achieve what many hoped it would. The only president to make meaningful peace in the Middle East is Jimmy Carter who, more than forty years ago, brokered a peace agreement between Israel and Egypt, which is still in place today.

Given all this and President Biden’s ability to learn from the mistakes of his predecessors, the new American president has wisely stayed away from promising peace in the Middle East. Politico recently summarised Biden’s lack of enthusiasm for what has become the white whale of foreign policy for too many American presidents in an article succinctly titled “Joe Biden is not planning to solve the Israeli-Palestinian conflict”.

In a presidency that is likely to remain dominated by domestic policy issues and a strong foreign policy emphasis on climate change, recalibrating America’s relationship with both Russia and China, deemphasising efforts to bring peace to the Middle East is a wise, and even necessary, decision.

It is also the first step to making progress in that area, because while the conflict itself is confounding, longstanding and extremely contentious, drawing too much attention to American peace efforts and promising results only makes ending it more difficult. The primary reason for this is that while the major parties involved, Israel, the Palestinians, the other Middle Eastern countries and the US would all benefit from ending the now more than 70-year-old conflict, none of them benefit from its discussion. More specifically, drawing attention to the peace endeavor creates domestic political problems for the leaders of all the polities involved.

Although the new makeup of the Israeli government is not yet clear, Benjamin Netanyahu, who has led Israel for most of the last 25 years and is likely to remain prime minister, has built his political career around being extremely hawkish towards the Palestinians. Similarly, the Palestinian leadership, under the aging Mahmoud Abbas, or anybody else, finds itself pushed towards tougher stances on Israel, by more radical Palestinians aligned with, for example, Hamas.

Leaders of other Arab countries, for the most part, also have nothing to gain by being seen as supporting peace between Israel and the Palestinians. Biden himself is in a somewhat similar situation. Any overture towards peace, or departure from the Likudnik policies of the previous administration will further mobilise the right wing against him, particularly the tens of millions of evangelical Christians who fervently align themselves with the Israeli right. On the other hand, these overtures get Biden no political gain with the rest of the country who are focused on domestic policy and see no need for foreign policy moonshots.

No peace, but progress

In other words, all of these leaders, even Biden to a lesser extent, benefit from hawkish rhetoric about the conflict. In the short term, none of them have anything to gain by talking about making peace. In the longer term, of course, it is better for the people they represent if a lasting peace develops, but for leaders like, most glaringly Netanyahu, for whom staying in office a week or a month from now is a challenge and top priority, there is no reason to think about the longer term.

It is most likely that Biden, like all of his predecessors since the founding of the State of Israel will fail to bring lasting peace to the region, but that failure may come with less of a political cost to him because he has, thus far, demonstrated the good political sense to stay away from the topic. And, in staying away from the topic he may have discovered the first step towards progress on the issue.