Our City, a documentary on Brussels’ identities 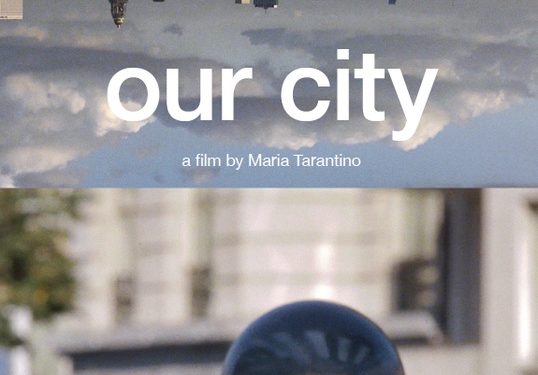 Serena Pacchiani review a new documentary on the essence of Brussels, Belgium.

Rome (Brussels Morning) Our City, is a documentary film by Maria Tarantino on the identities of Brussels, which will be available on the Tënk platform until the first of May.

In the multicultural and multilingual city of Brussels, it is not always necessary to articulate its essence as words can’t quite grasp its atmosphere. It is sometimes enough to listen attentively to the sound of the city and its inhabitants, take note of its most intense silences or in its vibrant rhythms, which Belium’s capital generously shares with the attentive spectator.

Maria Tarantino (Milan, 1972) is a documentary filmmaker with an important academic background and a wealth of experience in journalism. She has collected five years of research and an extensive anthropological review of linguistic and human repertoire associated with her city of choice, Brussels, entrusting these precious memories to the documentary Our City (2015).

Still highly topical a few years after its release and in close consonance with the upcoming edition of the Belgian documentary festival En Ville!, Our City is not only a film about Brussels but about meaning and identity for the inhabitants of a metropolis.

That narrative goes beyond “native” citizens or the canonical representation of a fluid and fermenting city, it articulates a clear and sharp position on the city itself. As Tarantino suggests, her project was about “telling other people’s stories [through the overlap] of voices, the overwhelming, the injustice, the forgotten, what is hidden, what is uncomfortable, unpresentable, and all the beauty that emanates from the friction of these pieces of the world coming together; [that’s] what I wanted to reveal.”

That narrative articulates “estrangement, the hologram, the possibility of entering into resonance, in the psychoanalytical sense of the term”.

With this in mind, the documentary filmmaker, claims her right to being defined as a ‘new emigrant’, a sociological term defined by Natalie Dupré in her analysis of Our City, which looks at successive generations of immigrants. Immigrant have found their place in Brussels, out of desire, curiosity or necessity; a place on the margins, the periphery, the fringe, but by no means less worthy of being told.

And narrates through the stories of Koresh Garegani, a taxi driver and poet who, in his daily wanderings, faces with fierce resignation the withered beauty of Brussels, disrupted by “foreign” economic and political forces. Indirectly, his passengers too have inextricable stories and links to the Belgian capital and contribute to enriching an already deeply complex cultural puzzle.

Through the emigration story of the young Zeinabu Diori, a Nigerian artisan, bent over the floor covered with stones and metals, she tries to perceive their value and imagine their new life on a piece of jewellery; a commitment that leads her to rethink her entire business in order to be closer to the sober and minimalist taste of “Belgian” women. One could almost speak of evocative objects that create an extraordinary sentimental vocabulary.

On silence and diegetic music

From multilingualism to poetry, from folk and “exotic” songs to the accordion notes of Vietnamese musician Matthieu Ha, the diegetic music infused in Tarantino’s work opens new windows of reflection and new visual structures.

In consonance with the more recent ode to Brussels (Ghost Tropic, dir. Bas Devos, 2019) especially the sidereal silences emanating from construction sites and from the heights of lonely rooftops contribute to the “other” point of view adopted by Tarantino.

Where otherness does not prejudicially imply presumption or parochial fanaticism or misconception. As Tarantino says: “The Italian presence, or the Italian point of view, intended as sensitivity, as a “high” vision in a literal and metaphorical sense is present. It is my gaze and the guide for the whole film.

It is my way of looking from above, not to be arrogant but because of real circumstances, from my sixth floor with a clear view, from a somewhat unreal silence that allows me to breathe before diving or plunging into a precise point of the city and then returning to my quiet shore.

The whole film is mediated by my sensibility, which is Italian not because of folklore but because of my imagination, which is mediated by films, books and Italian suggestions. I like discovering what I don’t know; talking about the Italian presence seemed an uninspiring exercise for me, too didactic”.

With its superimpositions and plots, Our City undergoes a progressive and slow aesthetic and psychological transformation: first landscape, then borderscape, the documentary finds a fulfilment in that “geography” of the psyche, beautiful and painful at once, which scientists define as mindscape. The process of “electing” a city as one’s own passes through this path: our place is never just one, and Tarantino’s documentary seems to demonstrate this in a tangible way.