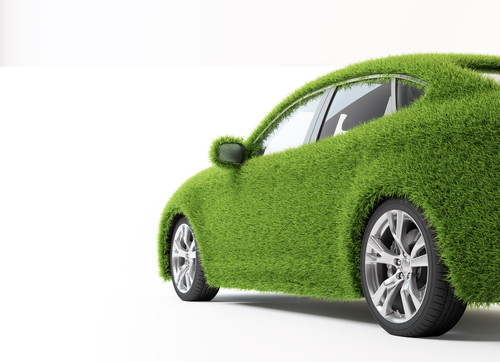 Despite the hype from members state governments, electric cars are not that great for the environment, writes Tomáš Zdechovský. A version of this article was published at the author’s blog in the Czech language.

Brussels (Brussels Morning) EU electromobility receives undiscerning support from EU policy. However, the fact is, electric cars can cause high emissions due to the different brake functioning involved. The same applies to hybrid vehicles.

Many states are banking on hybrid cars — for instance, the federal government in Germany fosters the production of plug-in hybrid automobiles. Political backing for these initiatives has taken many forms, be it the scrappage bonus, tax advantages or creating parking lots in exclusive reserve.

What’s more, they have also been well promoted by the automotive industry, highlighting them as innovative. On paper, these cars have a relatively low average emission of CO2, helping manufacturers meet environmental standards and avoid financial penalties. In November, the German government even promised to prolong the so-called ‘green bonus’, an environmental bonus for electric vehicles, by five years.

Personally, I do look with scepticism at such strong political support, since plug-in hybrid cars are evidently subject to a proficient marketing campaign. One can drive plug-in hybrid cars with a combustion engine or a battery you must charge regularly. The producers often describe them as an innovative product combining the best of both worlds. On the one hand, there is the friendly world of internal combustion engines for ordinary users and on the other, the emission-free ‘green’ world of electricity.

But if you want to drive a powerful car while being environmentally friendly at the same time, you should think twice about choosing a hybrid. As last year’s report from the Federal Ministry of Transport or the current findings from Transport & Environment show, plug-in hybrids are not as green as presented. The data in the reports are sobering, reducing general enthusiasm about these vehicles despite their political support.

Compared to ordinary internal combustion cars, which emitted an average of 130 g CO2/km, plug-in hybrids appear to be more environmentally friendly. However, with the introduction of new WLTP measurement procedures from 1 September 2018, the numbers for plug-in models look significantly worse based on actual driving data. E.g., the BMW 2 Series, which according to the old procedures based its CO2 emissions at 46 g/km, had a significantly different result in the new measurement (65 g/km) and was less favourable for hybrid cars.

Many have never unpacked a hybrid cable

But it’s not just the metrics that are out of favour with cars. Plug-in hybrid vehicles are only environmentally friendly when covering shorter distances since most of the current battery range is unsustainable for long-distance drives. A hybrid vehicle running hundreds of kilometres a day on the highway will mainly run on petrol without using the electric battery. Findings in Britain also revealed that many drivers never unpacked the charging cable, although they benefitted from the state subsidy from plug-in hybrid cars.

The low-range performance of batteries is a real problem. In the first nine months of this year, Germany approved 105,882 plug-in hybrid vehicles. Over the whole of the previous year, it only approved 45,348. What is striking, however, was that only 2,691 of these cars (i.e., only about 2.5%) were able to drive more than 80 kilometres in an electric drive without needing to recharge. Most batteries exhaust themselves out a lot on a real road and in cold weather.

Ideally, on the battery, a drive should last at least 80-100 kilometres, but there are no plans for that until 2025. Until then, manufacturers and drivers will benefit from municipal privileges, purchase subsidies or half-reduced vehicle taxation on promoting less weaker performances.

If the battery is charged only irregularly, the environmental effect will vanish. The actual values ​​in use can thus be four to five times higher than the official data, according to Jens Hilgenberg, a transport expert from the Bund für Umwelt und Naturschutz Deutschland (BUND).

Emissions of hybrids twice as high

These findings are not surprising, after all. The report of the organisation Transport and Environment published in Britain this September also chalked up unfavourable conclusions. According to research, emissions of plug-in hybrid vehicles are two or two and a half times higher than official tests indicate.

Official data dictates the rate of CO2 emissions should only be 44 g/km, while the findings disclosed that the emissions were actually 117g/km. The figures were based on fuel efficiency data from more than 20,000 hybrid drivers across Europe. To sum up, the difference compared to standard cars is not so significant.

Economical only on paper

Despite this evidence, Germany’s federal government is providing huge political support to the car industry with its tax advantages for hybrid cars. If emissions really fell significantly, it would be justified. However, there are great doubts about the effectiveness of such a state subsidy. Hybrid cars seem to be economical only on paper.

When technology is expensive, it pays off for manufacturers to install an electric engine into the more costly and powerful BMW 5 Series or Audi Q5, which are increasingly being sold on favourable terms as hybrid cars. No surprise. Thanks to the tax advantage, these cars are very suitable as company cars. If the vehicle still has an additional electric engine and theoretically travels at least 40 kilometres, only half of the vehicle’s catalogue price is taken into account for tax purposes. That is why in Germany, it is increasingly attractive for manufacturers to produce high-class vehicles with powerful engines than to invest in electric cars with a longer range.

On paper, plug-in hybrid vehicles cars are true wonders of innovation. Two-ton cars with an output of 200 horsepower should consume only one to two litres of gasoline per 100 kilometres. There is a twist, however. In fact, such cars consume significantly more. It is no coincidence that BMW is trying to implement a program that switches to the electric mode automatically in urban areas. Of course, it is tempting for many people to use a car with such performance, especially when the fuel is paid by the employer. Logically, employees often take long journeys decreasing the proportion of kilometres driven electrically. Thus, the impact on reducing emissions is small.

Another case of Dieselgate?

This is not the first time that car producers’ measures in introducing greener technologies have raised legitimate doubts. It should come as no surprise that some German politicians have spoken up about “scams”, comparing the current situation to the five-year-old Dieselgate case.

In the scandal, the German car manufacturer Volkswagen equipped its cars with TDI diesel engines with software that recognised that the engine was operating in a mode corresponding to the requirements of laboratory exhaust gas tests. For the cars to meet the legal limit, software temporarily reduced the amount of nitrogen oxides formed by changing the engine settings.

Plug-in hybrid cars now benefit mainly from the fact that their consumption is artificially reduced during the official test cycle. However, considering the reality of road traffic, such favourable numbers are not produced when using these cars. As already mentioned, actual figures for CO2 emissions vary considerably. The parallels of Dieselgate with the current situation are more than obvious and is a recap of previous attempts to deceive the public about the real environmental impact of plug-in hybrid vehicles.

I would therefore wish that, to reduce emissions, truly effective solutions be promoted, such as the use of hydrogen propulsion or more support for cars with LPG or CNG, for instance. But for that to happen, many studies would need to be published, such as the OECD report about non-exhaust emissions. Then hopefully, more people will understand that it takes more than good intentions to achieve a non-destructive outcome.