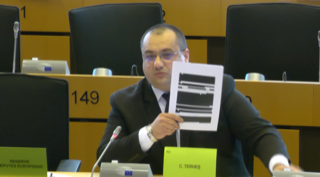 Following the recommendation from the World Health Organisation (WHO), most EU countries are now ready to provide booster shots. Portugal, Italy, Germany, France and many others are now administrating COVID-19 vaccines, some of them, together with the flu shot.

While most EU countries have lifted off restrictions and the pandemic has seemingly calmed down, national governments are still engaged on vaccination campaigns, targeted to the elderly and those more at risk of progressing to severe disease because of certain risk factors.

“Vaccinating everyone who is eligible with the recommended number of primary doses and the first booster dose must remain a priority across the European Region. But a second booster shot should also be provided to the immunocompromised, and be considered for other vulnerable people, to reduce the risk of severe disease and the resulting burden on health systems,” said Hans Kluge, WHO’s Europe Director.

The national vaccination rollout comes days after an official meeting where MEPs from the special committee on COVID-19 (COVI) received four pharmaceutical companies that worked on developing vaccines and therapeutics during the pandemic — Gilead Sciences, Sanofi, AstraZeneca and Moderna.

During the meeting, Romanian MEP Cristian Terhes launched key questions to Moderna’s CEO Stéphane Bancel about the decoding of the full DNA sequence of the Sar-Cov-2 virus, how the pharmaceutical giant dealt with testing the jabs and the lack of transparency of procurement contracts.

“In the case of Moderna, for example, you provided data showing that you tested these vaccines since 2017, 2018 and 2019. How were you able to test these vaccines back then when we found out about this virus in December 2019?” asked Terhes, referring to a documented answer from the European Medicines Agency (EMA) showing the kind of tests that have been conducted by the pharmaceuticals.

Bancel said he was “not aware” of the EMA document and explained that the vaccine testing conducted by Moderna is part of the company’s general clinical trials on flu, RSV and other pandemic flu strains.

Terhes maintained his critical stance towards Moderna while showing the contracts between the Commission and Moderna, featuring pages almost entirely blacked out and urging Moderna to fully publish both contracts signed with the European Commission and with EU countries.

“Do you think this is far to all of us? To talk about these vaccines, to talk about boosters and medical products, when we don’t know the clauses of these contracts?” Terhes went on, claiming that the interests of the European citizens should not be dismissed over those of the Union.

“Freedom of Information Act (FOIA) requests for more information on COVID-19 contracts have been submitted by citizens and civil society groups in some countries. However, many requests have been denied,” said Transparency International.

MEP Terhes noted during the COVI meeting that these bivalent boosters were requested and approved by the US without trials on humans. Yet, Moderna’s Bencel reacted saying that, in Europe, the new vaccines were tested in humans, confirming that in the US, the clinical studies were skipped.

EMA’s Executive Director Emer Cooke said the authorisation of the first two adapted vaccines was an important step in the ongoing fight against the pandemic. “We have a virus that evolves quickly and unpredictably. It is important for the EU to have a broad range of vaccines that are updated with respect to their composition, so Member States have more options to meet their needs when designing their vaccination strategies,” said Cooke.

Trying to dig further, after a series of investigations on COVID-19 vaccines, last year Investigate Europe revealed that deals for doses happen behind closed doors between the EU and pharmaceutical companies.

The investigative media group further unveiled that new variants, international competition and darkness around manufacturing costs have allowed Pfizer/Biontech and Moderna to increase the bill for European taxpayers.

Transparency International has also been vocal on the lack of transparency of COVID-19 vaccines procurement: “Corruption in public procurement remains a risk as countries develop contracts with pharmaceutical companies to procure vaccines. Contracts and pricing agreements between governments and pharmaceutical companies often remain confidential, despite the drugs being paid for with taxpayer money,” Transparency International stated last year.

On 10 October 2022, COVI will organise a second debate with the pharmaceutical industry including Pfizer, GSK, CureVac, Novavax, Hipra and Valneva.