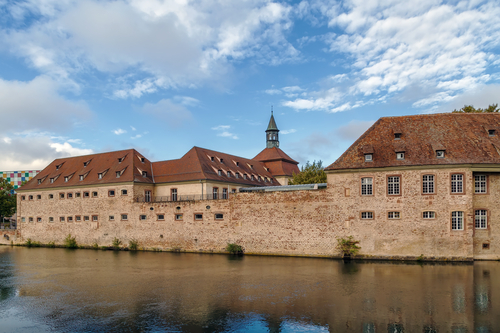 Brussels (Brussels Morning) France’s President Emmanuel Macron has announced plans to close the elite ENA school and replace it with a new institution which would have a mission to introduce more diversity, France24 reports.

The elite Ecole Nationale d’Administration was founded by Charles de Gaulle at the end of the Second World War, since when it has served as a training ground for future leaders of France, churning out presidents, premiers and captains of industry.

However, the school has also come to represent the division between the common citizens and the elite, and is viewed by many as a bastion of entrenched privilege. Macron, himself an ENA graduate, and often seen as typical of the elites distanced from the people, pushed for the dissolution of the school in hopes of winning more popular support ahead of the next elections.

On Thursday, Macron announced he would “abolish the ENA” and replace it with a new institution, called the “Public Service Institute”. The new school would continue to train graduates for senior positions in the public sector, but would also be charged with a separate mission to introduce greater diversity.

De Gaulle founded the ENA with the specific aim of training the post-war administrative elite from across all regions and social classes. The idea behind a state-controlled school was to weed out those who had collaborated with the Vichy regime and replace them with a fresh administration loyal to De Gaulle.

Even though the school was envisioned to advance people purely on their merits, regardless of social or racial background, sociologists note that ENA and other elite schools instead ended up creating a so-called “state nobility”, which replaced the old aristocracies.

According to France’s Observatory of Inequalities, students whose parents hold high-earning professional jobs are 12 times more likely to enter the school than those from poorer backgrounds. ENA’s own examiners lament the school’s lack of diversity in annual reports.

Educational sociologists note that ENA is merely a symptom of a wider problem – a system that produces inequalities at every level, from kindergarten to higher education. Dissolution of a single school, regardless of its status, is deemed unlikely to have any significant impact.