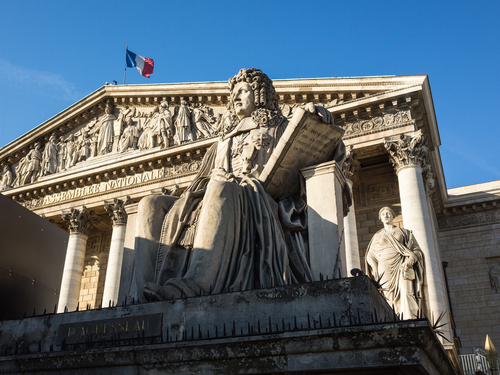 Brussels (Brussels Morning) France’s parliament voted over the weekend to abolish in full a number of domestic air routes which could otherwise be made by train travel in less than 2.5 hours, as part of the government’s flagship climate bill currently being debated by lawmakers, RFI reports.

The measure would remove existing and future flights between Paris and Nantes, Lyon and Bordeaux, with exceptions made for connecting routes. The proposal gathered majority support in the parliament despite objections from MPs representing constituencies in south-western France, who warned that the aeronautics industry would receive a severe hit.

As contentious as it was, the measure still falls short of the proposals provided by the Citizens’ Climate Convention, a public panel of some 100 randomly selected citizens, which called for domestic flights to be abolished for all routes which could be traversed in less than four hours by train.

Lawmaker Danièle Obono of the leftist La France Insoumise party registered his disappointment that the majority had not adhered to the Convention’s recommendations. “The four-hour limit would have made it possible to delete the routes that emit the most greenhouse gases”, he said.

An unspoken benefit of the measure as passed is that it closes the doors to airlines competing with the national carrier Air France, which in May last year was forced to abandon the same domestic routes in return for state aid. The new measure also prevents any competing air carriers from operating on these routes.

The lawmakers additionally supported a provision to ban advertising flights by small aircraft towing banners, albeit with a grace period until the beginning of next year to facilitate adjustments by small companies operating such flights.

Another measure passed over the weekend was a provision regulating the sale of bulk items in supermarkets, aiming to reduce the quantity of packaging. Under the proposal, shops larger than 400 square metres would have to devote at least 20% of their area to sale of bulk items, such as cereals by 2030, the intent being that customers weigh and bag their own. .