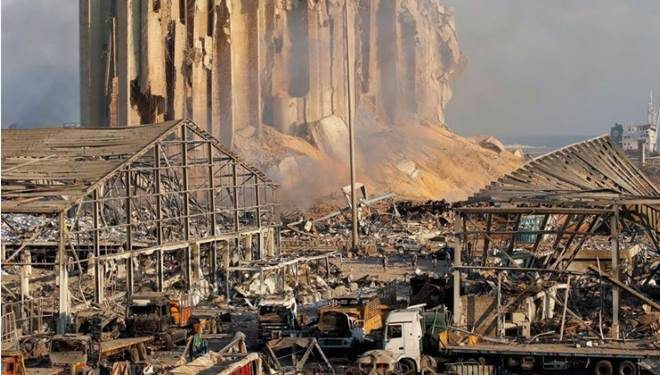 Brussels (Brussels Morning) A damning report by Human Rights Watch (HRW), published on Tuesday, claims that top Lebanese officials had been warned about the potentially deadly danger of chemicals stored in the Beirut port, but failed to act before the devastating blast.

The report comes as Lebanon marks the first anniversary of the explosion that killed more than 200 people, levelled several districts in the nation’s capital and left more than 300,000 people homeless.

The deadly blast resulted in the resignation of Prime Minister Hassan Diab, who was already struggling with a freefalling economy and persistent public protests. Diab remains in a caretaker role, however, since the Lebanese political elites have repeatedly failed to agree on a ruling coalition. Last week, billionaire former PM Najib Mikati was appointed PM-designate by President Michel Aoun. He will be the third PM-designate to attempt to form a government since the blast.

The explosion was caused by huge quantities of ammonium nitrate in the port’s storage facilities, which originally arrived in 2013. According to the HRW report, some government officials were aware that the ammonium nitrate’s presence could lead to a devastating explosion and loss of human lives, but they “tacitly accepted the risk of the deaths occurring”.

The report, titled “They Killed us from the Inside”, lists a number of senior individuals in the government, the customs authority, the military and security agencies, accusing them all of “criminal negligence”, at best.

The HRW inquiry claims former PM Diab received reports about the dangerous shipment at least as early as June 2020. The report quotes Diab as saying he “then forgot about it, and nobody followed up”.

The nation’s army made no move to secure the shipment, even though the material is a key component in the manufacture of explosives. The document also claims that President Aoun was warned about the security risks. An official investigation into the blast seems to have tapered off, with many senior officials as yet not interviewed, while they remain protected by immunity from prosecution.