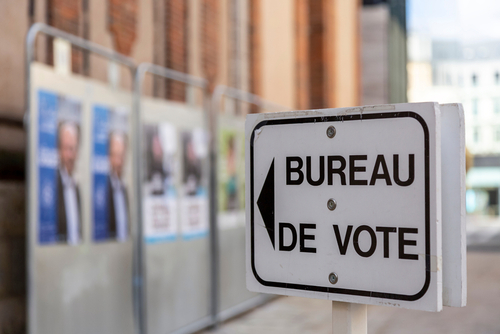 Macron received some 27.6% of votes in the first round, followed by Le Pen, who received slightly more than 23%. Far-left candidate of France Unbowed (LFI), Jean-Luc Mélenchon, received 22% and came close to securing a second-round showdown against Macron.

The candidates of the two traditionally strongest French parties – the Republicans’ (LR) Valérie Pécresse and the Socialists’ (PS) Mayor of Paris Anne Hidalgo – received only 4.8 and 1.8% respectively, indicating that the two parties remain to be devastated following disastrous presidencies by centre-right Nicolas Sarkozy and centre-left François Hollande.

Second-round polls are indicating that the clash between Macron and Le Pen might cut significantly closer than the last time. In 2017, Macron defeated Le Pen 66.1 to 33.9%, but the difference right now, while still in Macron’s favour, is within the margin of error for the polls.

While many left-wing voters voted for Macron in 2017 as perceived “lesser of two evils”, many have become disillusioned and resent him for “declaring war on the working class,” and are likely to abstain from voting or even vote for Le Pen in protest.

Conceding defeat on Sunday, Mélenchon called on his supporters not to give “a single vote to Le Pen”, though he stopped short of other candidates expressing their support for the incumbent president.

The only remaining candidate to support Le Pen was far-right commentator and writer Eric Zemmour, who came fourth and received 7.1% of votes on Sunday. Zemmour, who run on an anti-immigrant campaign, called on his supporters to give their vote to Le Pen in the second round.