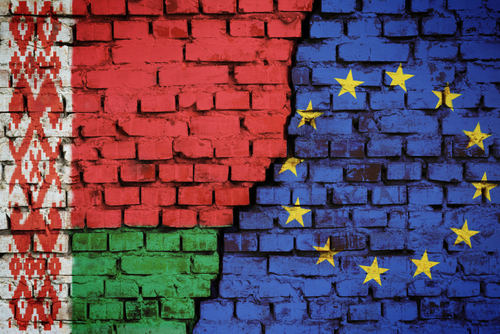 Brussels (Brussels Morning) Estonia, Latvia, Lithuania and Poland called on the UN to take action against Belarus, which they say is using migrants “to destabilise neighbouring countries” in a “hybrid attack.”

In a joint statement released on Monday, the four eastern EU member states accused Belarus of allowing illegal border crossings into the bloc, according to DW reporting on Monday.

Earlier this month, some EU officials claimed Belarus deliberately sent migrants into the bloc, highlighting that thousands of migrants had crossed the EU border illegally in the previous months.

In the joint statement, the four EU countries expressed belief that “the ongoing crisis has been planned and systemically organised” by Belarusian President Alexander Lukashenko.

Illegal border crossings from Belarus spiked after the EU imposed sanctions against Belarusian officials and entities in June this year over the crackdown on anti-government protests.

“It is high time to bring the issue of abusing migrants on Belarusian territory to the attention of the UN, including the United Nations Security Council,” the joint statement reads.

“We urge the UN High Commissioner for Refugees to take active steps to facilitate the solution of this situation and to require Belarus to comply with its international obligations,” the four prime ministers pressed in the document.

They claim that Belarus is “weaponising refugees” and added that the four EU member states will take in the migrants as well as urge the bloc to impose “new restrictive measures… to prevent any further illegal immigration.”

Lithuania is building a razor wire fence along its border with Belarus while Polish Minister of National Defence Mariusz Błaszczak has announced plans to build a barrier along the border.

Latvia has declared a state of emergency at its border with Belarus, which allowed it to deploy troops and police to help with border security.